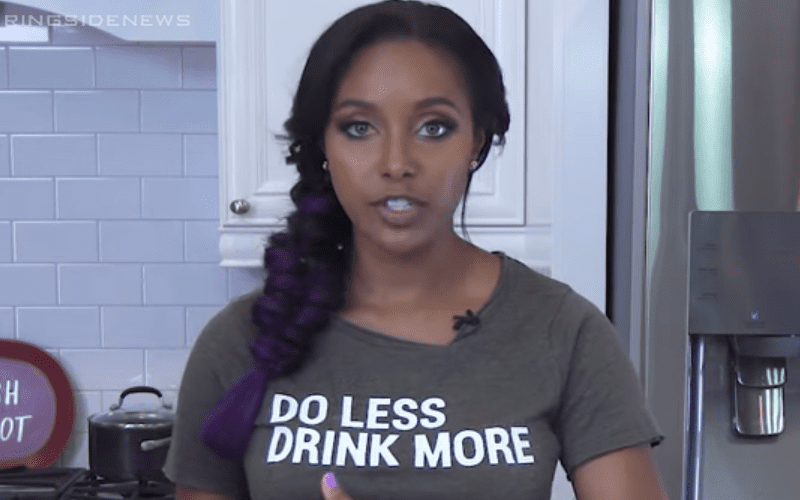 Brandi Rhodes is AEW’s Chief Brand Officer and with that comes a bit of responsibility. So she’s not allowed to swear as much on her cooking show anymore.

That’s right, ‘A Shot Of Brandi’ is back for episode 14 after a long hiatus. Brandi even had to admit that when she told fans at Starrcast that it was coming back she didn’t think it was, but it did. However, there had to be some changes.

Brandi explained before the episode kicked off that she can’t swear anymore and she gave some of her favorite examples of words she’s not allowed to say either: “F*ck, Sh*t, and Bitch.” Then she said that she’s not allowed to get as drunk either. After all, she generally cooks with alcohol.

You can watch the entire show below which included a lot of Cody Rhodes walking in and out for various reasons. In the end, she cooked up some Macadamia Encrusted Mahi Mahi on coconut rum rice. Cody really enjoyed it.