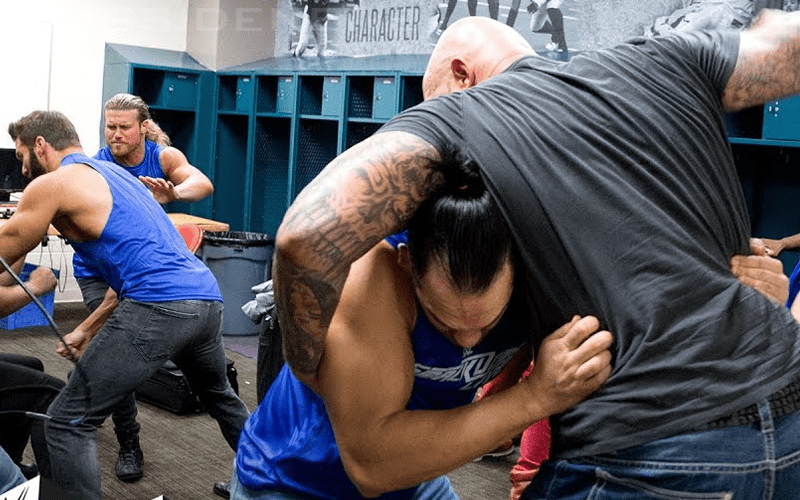 Brad Shepard reports that the backstage mood in WWE isn’t very good right now. Not only is the company ignoring titles in meetings, but other Superstars are concentrating too much on their personal lives to care.

Samoa Joe is reportedly just in it for a paycheck at this point, but he has always been a businessman. However, other Superstars who have titles are still reportedly being “crybabies” backstage. All of this is apparently amounting to absolute chaos backstage.

Samoa Joe is allegedly just along for the ride, and Bayley and The Revival are still being crybabies even with the straps. They described it as utter chaos.

We will have to see how things play out. We have heard that things are crazier backstage than anyone would guess at times.

We can only hope that once some of these Superstars are free from their non-disclosure agreements and WWE contracts that we will have a slew of superb shoot interviews to come.