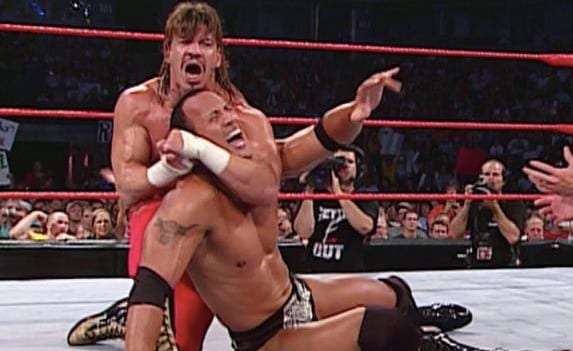 When you think of the greatest superstars from the Attitude Era, and the entire history of WWE as a whole, two names that continually pop up are Eddie Guerrero and The Rock.

Both men are so different in their styles and how they put together a match, and yet whenever they came together, they were able to create magic in the ring – and they did so pretty seamlessly.

As we all know Eddie tragically passed away back in 2005, but even with that being the case, fans are still able to sit back and enjoy his work courtesy of some great footage from years gone by.

The Great One is no stranger to posting great throwbacks on social media in reference to his days in professional wrestling, but this one really is our favourite. It showcases the art of putting together a sequence between two world class superstars, and it doesn’t receive nearly the kind of praise or appreciation that it should.

Some fans would’ve liked to have seen an extended feud between the two men that stretched out over a series of months, but even if we didn’t get that in full, we should still be appreciative of the fact that they were able to put together a dream match whilst both were still in the prime of their careers.

It seems unlikely that anyone will ever forget what Eddie did for this business, but either way, we’d highly encourage you to scout out the full length video of this encounter.