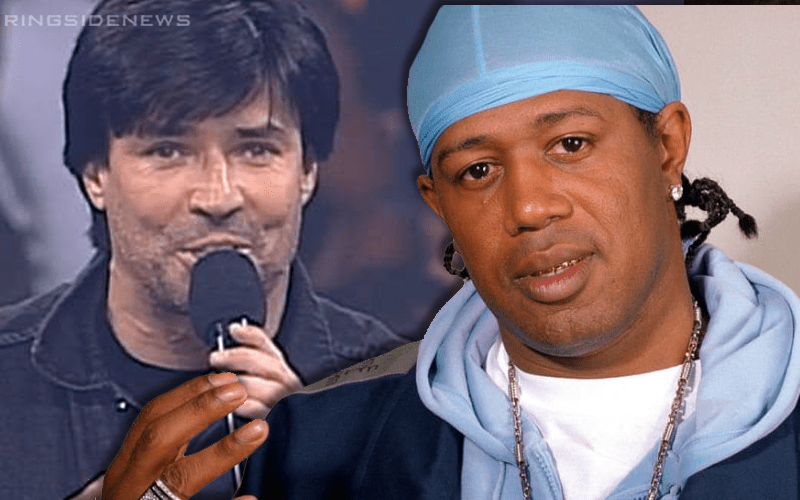 Eric Bischoff ran WCW back in the day and they had plenty of cross-over entertainment celebs come through the company to draw attention to the product. One of those special guests apparently almost got Easy E shot.

Bischoff recalled on 83 Weeks how Master P was a guest on the show. Everything was going well until there was a knock on the door and Master P and a huge entourage flooded Eric’s office.

They were not happy about something that was planned for the show and if Eric Bischoff hadn’t fixed things then it could have gotten really bad. Needless to say, pro wrestling history would have changed forever as the Monday Night Wars almost had some legit shots fired.

“Regardless of that, P walks in to my office with a bunch of his guys. I’m in there by myself. I’m trying to figure out what they’re so hot about, and as I’m trying to figure that out, they’re probably thinking I’m trying to play stupid or deny it or avoid having to talk to them, they’re getting hotter and hotter and hotter. Finally one of the guys that P was in there with, says ‘We’re going to resolve this one way or the other MFer,’ reaches inside his jacket, puts his hand in there, he didn’t pull out a gun, didn’t have to, message was loud and clear. I thought, ‘Oh, this is great, this is perfect, this is where Kevin Nash powerbombed me off the stage, and this is where I’m going to take a bullet to the grill for something that somebody, ya know, stirred the pot about that makes absolutely no sense.’ So I remember that moment of it, and it dissipated, I took care of it, it went away, nobody got shot, and the show went on.”

It’s a good thing that Eric Bischoff is a master at negotiation. He really had to think on his feet. Not everyone has had a pun pulled on them, or at least threatened, especially over a wrestling match. It just goes to show that some people take wrestling really seriously.