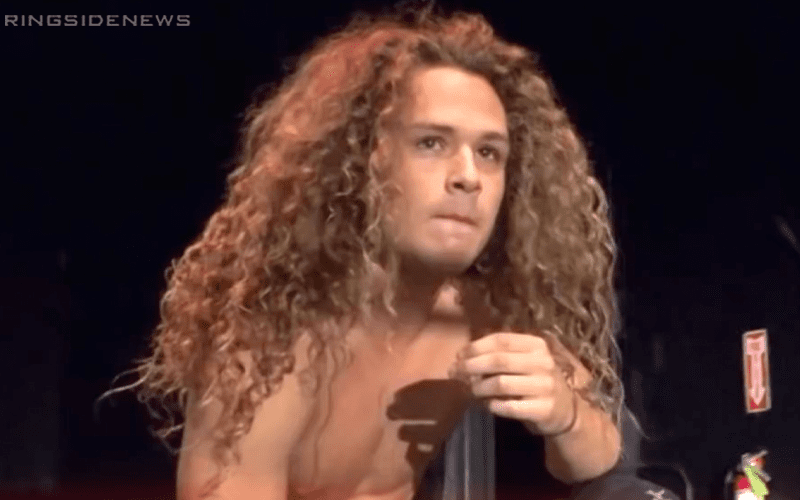 Jungle Boy is going to be a featured performer for AEW. There is a reason why he was one of the wrestlers who came out during Bret Hart’s All Elite World Title reveal at Double Or Nothing. Now he is set for a big match at AEW’s second event.

Jungle Boy will compete in a fatal four-way match against Hangman Page, Jimmy Havoc, and MJF. Hangman just wanted MJF, but thanks to some miscommunication they booked a fatal four-way.

While speaking to Chris Van Vliet, Jungle Boy revealed how he found out about his Fyter Fest match. It turns out that he just got an email and then it was time to prepare for another big contest for AEW.

“I just got an email and they’re like ‘we’re buying you a plane ticket’ and I was like ‘plane ticket for what?’ I’m super happy to be there, I wanted to be on it. It’s kind of wild. It will be cool to see too because Double or Nothing was such a spectacle and it was this huge thing and not that this isn’t a spectacle but now that we got the first one out of the way, I feel like everyone is a little more comfortable.”

The fatal four-way at Fyter Fest will be a very special match because it will feature a lot of the future stars of AEW. Now is the time to really show what they can do and everything will soon begin in a big way at Fyter Fest.