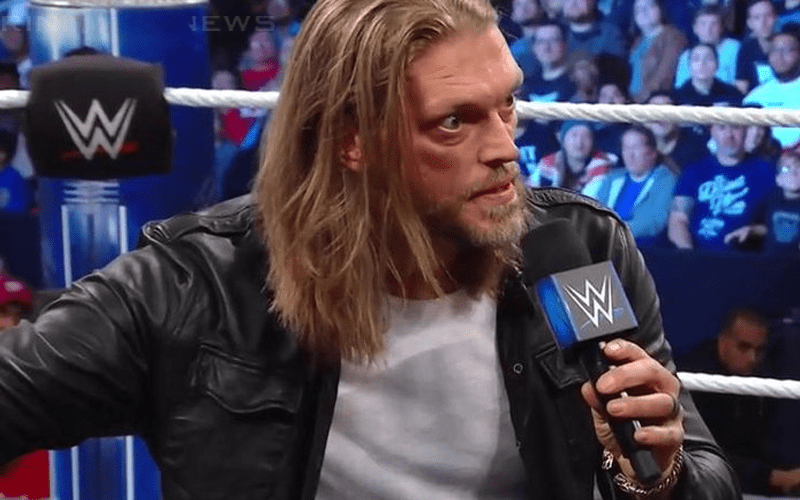 WWE scripts their promos every week so if Superstars seem like they are delivering rehearsed lines then that’s exactly what is going on. However, that doesn’t mean that it is for the best every time.

Edge spoke up on E&C’s Pod Of Awesomeness and said while scripted promos that are so tightly done with no wiggle room would restrict talent, there is a reason for this. Because although some of the most famous promos in WWE history probably wouldn’t have happened if they were heavily scripted, it is also important to have control of the product once it gets so big that it’s a publicly traded company on a major network.

“It’s interesting, you hear how scripted everything is and da-da-da-da-da and how stifling it can be, and I think there’s probably an argument for both sides. I think there’s an argument, because you’re a publicly traded company; it’s FOX; it’s USA [Network]; it’s all of these things, so I get that side of it. But I also get the aspect if things were so heavily scripted, you don’t get the Macho Man [Randy Savage] ‘cream of the crop’ promo, I don’t think. You wouldn’t get ‘Austin 3:16’, I don’t think.” Edge added, “I get both sides, I guess is what I’m saying.”

Things have changed a lot over the years and that includes WWE. The latest 24/7 segments haven’t been as heavily scripted and that could be one of the reasons why they’ve been so organically successful.

However, you can’t deny the fact that sometimes it is important to at least map things out so people have an idea about what direction they are headed in. Hopefully, WWE will be able to figure out a happy medium before their programming loses even more aspects of genuineness.