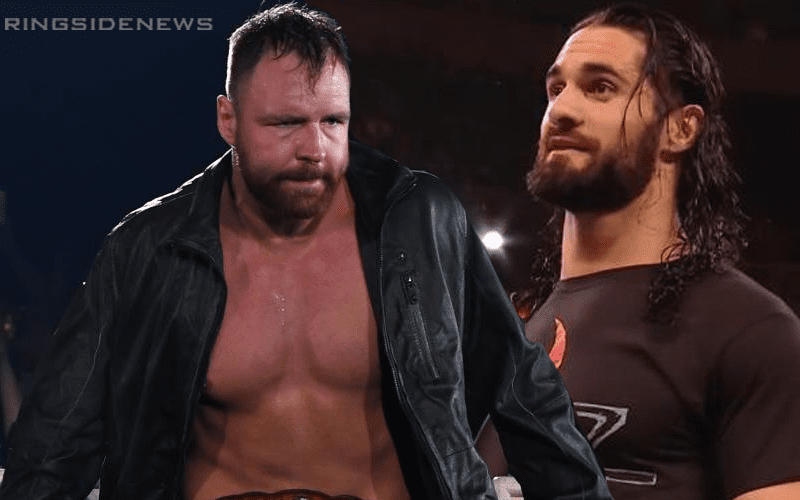 Seth Rollins lost Dean Ambrose when Jon Moxley decided to venture out and see what the world had in store for him. This also meant that The Shield was no more, but Mox had some very interesting parting words for The Architect.

Rollins recently spoke to WrestlingAC where he revealed that Moxley told him he loved him before saying that he’ll see him sometime. Rollins has a feeling that fans will see the two eventually reunited as well.

Therefore, you can never say never about Rollins and Ambrose’s reunion, or perhaps it will be Moxley and Tyler Black if they ever do meet again.

“He gave me a big hug and he said, I love you brother and it’s not goodbye. So ‘I’ll see you some time.’ We’re always going to be bonded and I wish him the best and you haven’t seen the last of us together I’m sure at some point down the road we’ll be putting the fists together some time.”

“I can’t say when and I can’t say for sure, but there’s this feeling in my gut that we’re going to be bonded brothers forever.”

“Who knows [about a Shield reunion], never say never… I just have a feeling in my gut that we haven’t seen the last of myself and Dean Ambrose.”

Rollins has a feeling that they will be reunited as well. It is very interesting that he would say that because his position as WWE Universal Champion means he is currently the face of WWE and Moxley just signed a multi-year contract with AEW. It is also very interesting how he didn’t specify that Roman Reigns would be a part of the deal either and didn’t really confirm that a Shield reunion would be down the line.

It really makes us wonder what Seth Rollins might be planning for his own future.