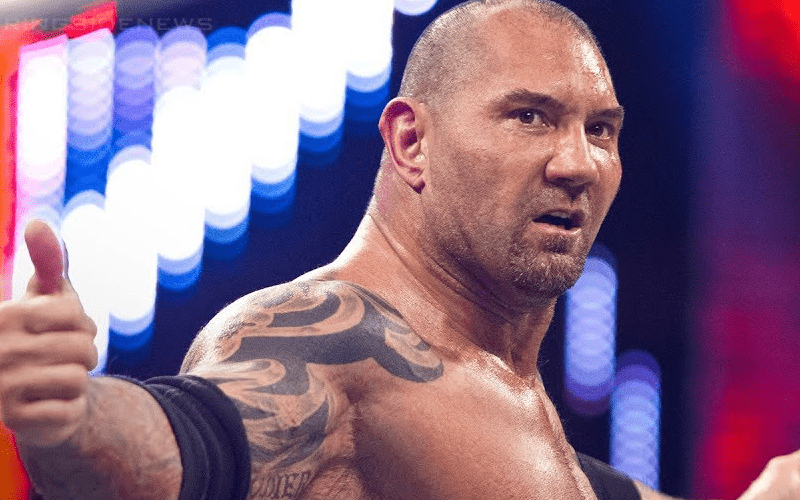 Batista wrapped up his in-ring career at WrestleMania 35 and he did so the way he wanted to do it. Although not everything went according to plan like the famous “give me what I want” promo, Dave Bautista is quite happy with hanging up his boots.

While speaking to Chris Van Vliet, The Animal explained that his pro wrestling career is done. He doesn’t care what might happen next, no matter if he loses all of his money. The point is that he won’t be wrestling ever again.

Dave Bautista is very happy with his career’s current trajectory as he should be. No matter what happens he made it very clear that he won’t be wrestling again no matter who it’s for.