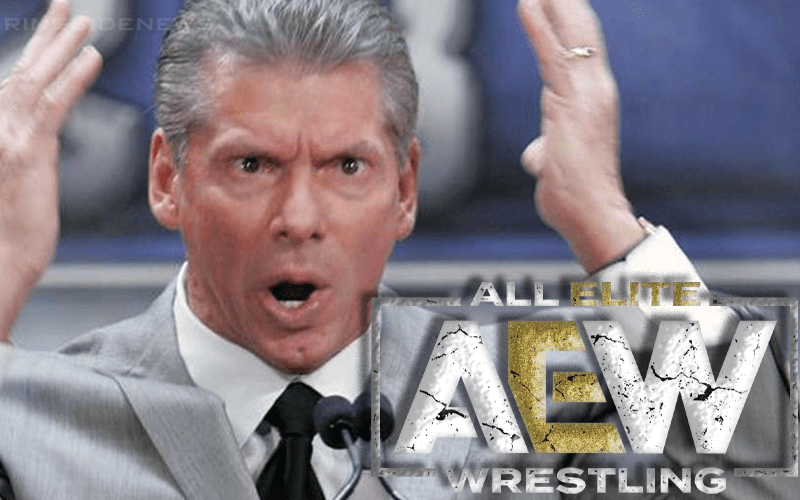 AEW All Out sold out in around fifteen minutes. The fact is that they could have sold out a venue much larger than that as well.

WWE has some stiff competition coming whether they like it or not and some Superstars are seeing this as a great opportunity. AEW doesn’t have room for the entire WWE roster, but it seems like they might have some very interested parties soon because they’re already getting calls.

Dave Meltzer painted a very clear picture of the mindset going on right now in the WWE locker room. While some are really wanting to stay with the company because they are loyal, others don’t have the same mindset and would much rather see what else is out there.

“It’s not something that [Vince] saw coming. I think that they were ready to you know, beginner’s luck — I’m sure that’s what they were going with — beginner’s luck, but here’s the other thing too. It’s not just, ‘Okay they’re doing good, but we can both do good.’ We know that, but the key is that — I know from cause [WWE] was just in town [San Jose] and you know everybody wants out.”

“I mean not everybody wants out, that’s not fair — Roman Reigns doesn’t want out — but, the amount of people who have contacted AEW would blow your mind and there were plenty of people — the thing also is that there are people who are counting down the days, but you know — okay, the Usos did sign to stay and AJ signed to stay, but you know when this happens that changes the game.”

“Because #1 is WWE and WWE is offering people a lot of money to stay, ridiculous I mean more money than these guys have ever made in their lives, but even with that there are guy who have told me including guys in AEW now that they cannot believe they turned the offer down, but they did. I know people in WWE now who are not interested in signing again and they cannot believe the amount of money they’re turning down the money, but it’s like if you’re miserable and you’re not being who you want to be and maybe you can make a little less, but it’s more than you’ve ever dreamed about making in the business, maybe you can make more if you become a star.”

“I’ll put it this way if you’re a guy — I don’t wanna name names because they’ll you know — but let’s just say that you’re a guy and you were offered $500,000 for five years from WWE and let’s say you know you’re going nowhere there, you’ve been there, you know how they book, but you can make that money or you can go in and you can be — you can go [to AEW] and you can have confidence that you can be a superstar and even if you make $350,000 in the beginning if this thing takes off then you’ll make more, but when your contract is up in one case you’ll be a jobber for life. You’ll be ‘Dolph Zigglered out’ your career is done — I don’t wanna say ‘done’ cause Dolph Ziggler is doing okay right now, but still he never was what he should have been or you could be Jon Moxley who is hotter than he’s ever been in his whole life and [WWE Superstars] can see it.”

It is said that WWE Superstars are seeing Jon Moxley as an example of a guy who was in WWE as a World Champion, but he was never as hot in the company as he is right now after leaving.

We will have to wait and see who signs new contracts, but apparently, there are a lot of WWE Superstars who would love to get a fresh start with a fan base and a company who might appreciate their abilities and not be so blinded by the ambitious booking of a 73-year-old billionaire.