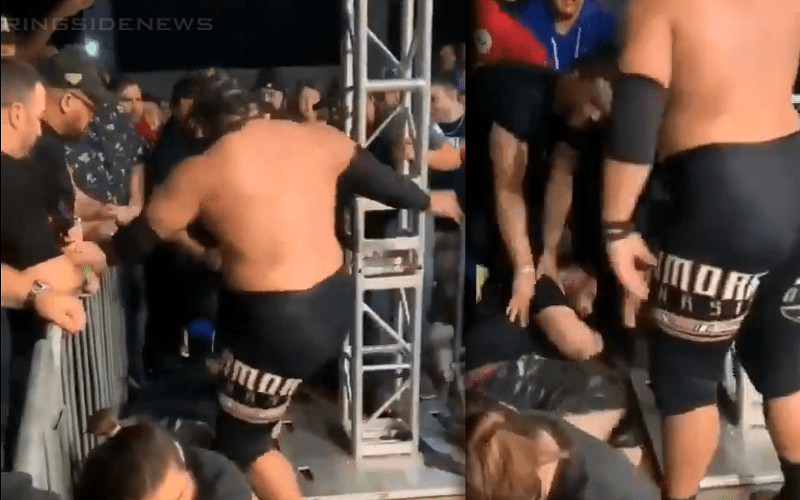 Indie wrestling is fun for everyone, but if you’re a fan then it might be a good idea to keep yourself on the side of the barricade that is designated for you. One fan recently learned this the hard way.

At a recent PCW Ultra show, one fan really didn’t understand that he wasn’t welcomed at ringside, but he needed the message beat into his head anyway. It looks like Jacob Fatu was more than happy to help him learn this fact.

This fan stepped in an area he was not welcomed and he received a very rude awakening. After being pummeled a few times, stomped, and having a chair thrown at him this fan got up after finding out that wrestling really hurts and he left. Of course, he flipped the bird while he exited, but that’s okay.

Maybe this should serve as an example for future fans who would like to make themselves part of the show.