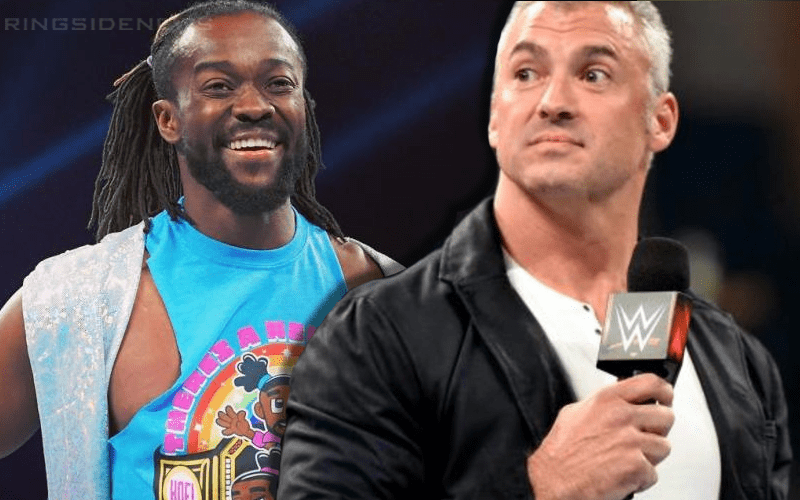 Shane McMahon is experiencing a huge push in WWE that hasn’t slowed down at all recently. He keeps picking up big wins time and time again leaving some to wonder what the pay-off might be.

The idea is floating around that McMahon could be in line to capture the WWE Title from Kofi Kingston. You can argue about the cons and more cons about this decision vs the one pro which is that it might put a smile on Vince McMahon’s face.

Either way, as Kofi Kingston spoke to Sports Illustrated, he seemed totally open to defending his title against Vince McMahon’s son.

“I would love to fight Shane, and I would love to get Vince in the ring, too. I think it’s really cool that Shane is in this role of walking the line of an authoritative figure, but, at the same time, is an active superstar. Shane does some pretty crazy things in the ring, as you see in every single match that he has, so I would love to mix it up with him.”

Kofi might need to be careful what he wishes for. Because you never know what could happen down the line. Whoever beats Kofi for the title is probably going to have a lot of heat on them and Shane McMahon could get that nod from his father to take on the role.

We will have to wait and see, but hopefully, whoever beats Kofi Kingston for the WWE Title will be an actual full-time Superstar.