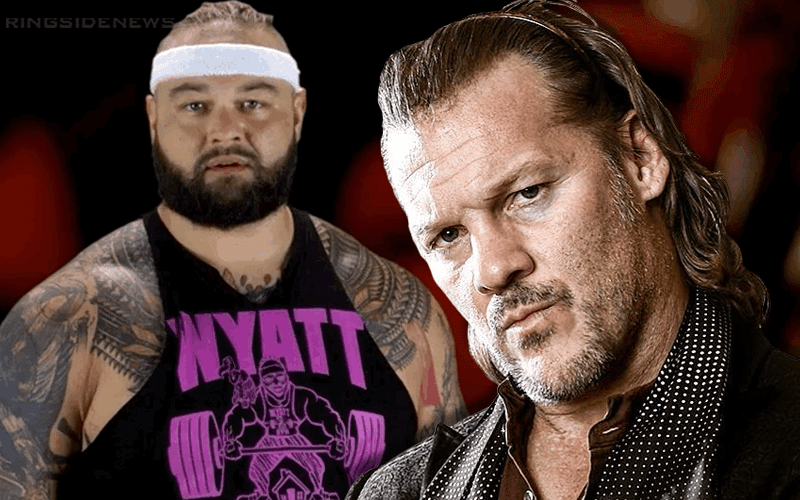 Chris Jericho recently fired a shot at Bray Wyatt. Maybe he saw the newest Firefly Fun House and realized that there could be something to the idea that it was directed at his shoot interview with Jon Moxley.

Either way, Jericho told Wyatt to “stop talking and start walking” like only The Eater Of Worlds can. This seemed harmless enough, but when you consider that it was in response to a tweet from Bray Wyatt where he said that people shouldn’t doubt what he can do… maybe there could be more there.

Wyatt responded to Y2J’s tweet with a simple emoji of himself putting on his headband getting ready to sweat it out with some Firefly Fun House exercising.

Of course, Bray Wyatt is still firmly under a WWE contract so it’s extremely unlikely that Wyatt vs Jericho could happen anywhere that Y2J current wrestles for. However, you can never say never in pro wrestling. At least it’s good to know that the two are still on speaking terms.