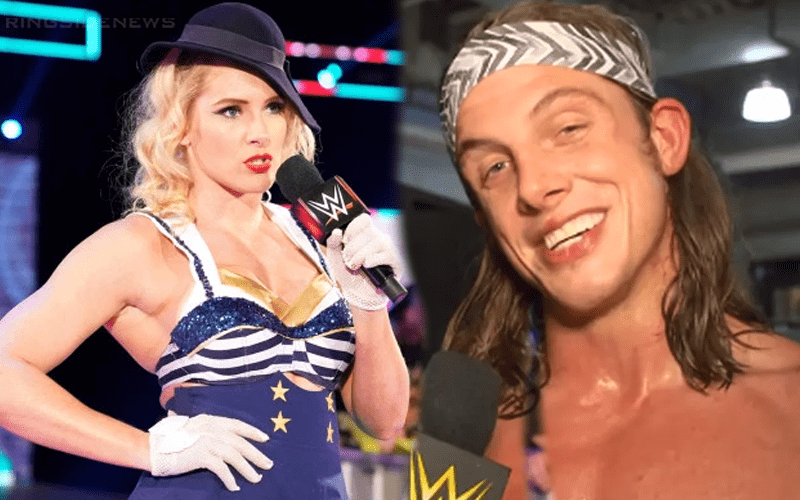 Bayley ran in to make a big save this week on RAW and the San Jose crowd was very happy to see their hometown girl. However, the Bayley To Belly that The Hugger landed on Lacey Evans was not her best.

Some people blamed the bad Bayley To Belly on the SmackDown Women’s Champion. However, it wasn’t her fault. Because that move, like most moves in pro wrestling, takes cooperation.

Lacey Evans did not jump for Bayley, thus she was dead weight. When one fan pointed out that Evans sandbagged Bayley, Matt Riddle had a pretty great reply.

She must have watched #WWESSD

We previously reported that the heat between Riddle and Goldberg is real. This is also strangely something that WWE hasn’t told The King Of Bros to stop doing so he is obviously going to continue.

Perhaps Lacey Evans will remember this spot next time she needs to actually work with her opponent to make everyone look better in the ring. Because Matt Riddle is watching and ready to throw out his opinion out about what went down.