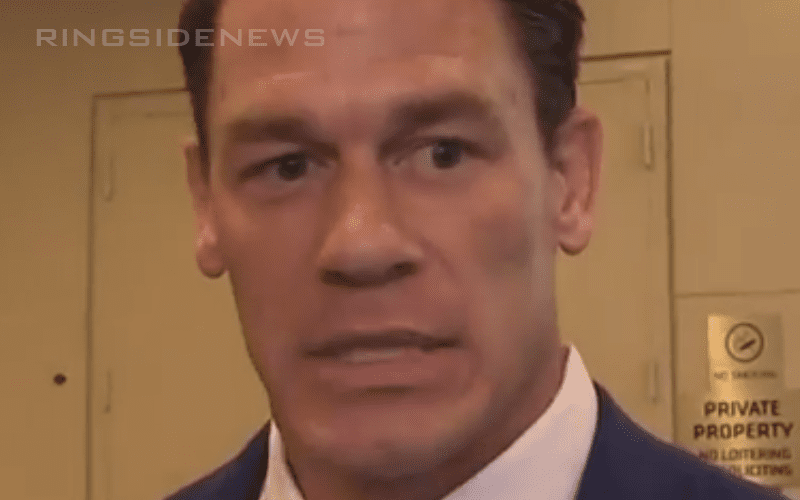 John Cena captured 16 World Titles as a part of WWE and led the charge through the Ruthless Aggression Era into the PG Era, but everyone has their final match.

Although Cena’s final match hasn’t been confirmed, he is now considering retirement from the ring. TMZ caught up with Cena and he didn’t seem too positive that he had much of a run left in him with WWE.

The former face of WWE gave a lot to the company, but now he has transitioned his career to Hollywood and hosting Are You Smarter Than A 5th Grader. Those are great roles for him, but fans will still miss seeing him even if they could never never really see him in the first place.

This started out by Cena saying how grateful he is to be a part of the Fast & The Furious franchise. Then he was asked about Goldberg vs The Undertaker at WWE Super ShowDown and whether either man should just retire. Nobody thought that Cena would drop this kind of bombshell with his response.

“I think an individual’s career is up to the individual. I think that’s pretty much the only way I can describe that. You know I’ve been having the same conversation with myself and I’m only 42. It’s something we have to address each day it’s individually specific. When those people are ready to stop, they’ll stop.”

Cena feels good, but he might be feeling so good because he’s not taking bumps in the ring anymore. Now it looks like the only bumps Cena could be taking from now on will involve stunt men on a movie set.