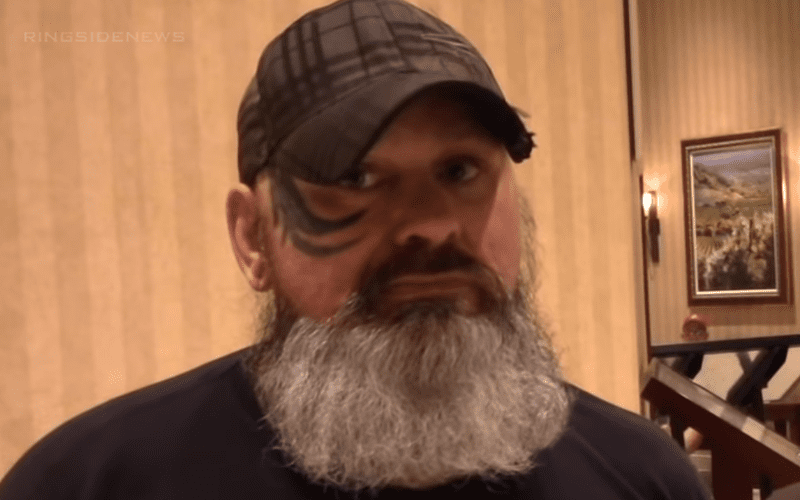 Perry Saturn was going through some really hard times not too long ago. The ECW alum was dealing with brain trauma from so many brutal matches and he was broke, homeless, and addicted to drugs.

“I don’t have that any more,” Saturn said referring to his drug problem and being homeless as he spoke to Bill Apter at 1 Wrestling. Perry Saturn also had a great update about his current brain issues.

“I’m recovering and getting better from the CTE. It’s gotten a lot better, you know? So it was very bleak at first and some people it gets to a point and sometimes it doesn’t. I’m one of the lucky ones.”

He is no longer homeless and moved with his wife to Minnesota because her family lives there. It is great to see that Perry Saturn is doing so much better. At least he seemed much happier than the last time we heard about his awful issues.