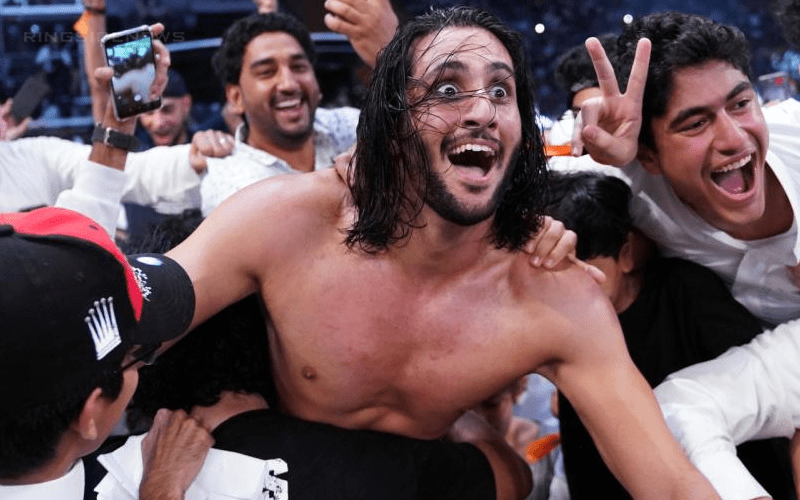 When Mansoor won the 50-man battle royal match at the WWE Super ShowDown event it was the pop of the night for the Saudi Arabian crowd. One of their own won the big match, but fans at home were a little confused.

We knew he was winning and it was obviously a move to make the Saudi fans very happy and it worked. Mansoor’s family was at ringside and he dove into them after winning. The crowd was very into his win as WWE used crowd shots throughout his emotional moment,

After WWE Super ShowDown, Mansoor cut a promo thanking fans and WWE for the opportunity. He is now going back to NXT where he will continue to learn and grow as a Superstar. He also teased that the next time he comes back to Saudi Arabia he might also have some new gold around his waist.

You can check out the promo below. He starts it out in Arabic, but he does transition into English. He seemed comfortable on the microphone in front of so many people so there could be a bright future for Mansoor in WWE, especially with their Saudi Arabian partnership having eight years left in the current deal.