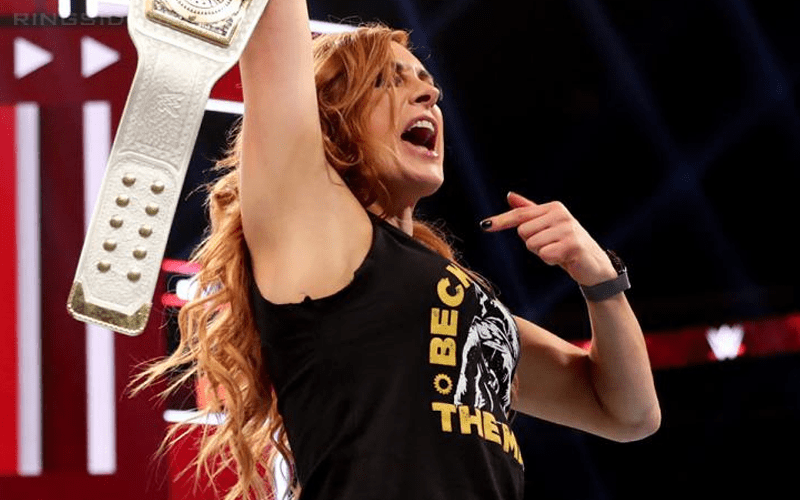 Becky Lynch is set to face Lacey Evans once again at WWE Stomping Grounds on June 23rd. Evans stepped up and The Man plans on putting her right back down, but there are plenty of challengers where that came from.

Lynch is open to all comers whether they be male or female, but the important part is that she keeps things interesting for the WWE Universe.

During a recent interview at WWE’s new social media studios, Becky Lynch opened up about why she hates everyone. She needs to keep that conflict going because she understands that people tune in when there’s a reason and not when things are tranquil.

“What makes this interesting is me going out there and running my mouth about why I wanna beat every single woman in that locker room and any guy that wants to come at me too. That’s the part I like to think about, that’s what I focus about. Why do I hate everybody?”

“There’s a plethora of reasons because in my first year I think I was turned on eight times and this is the conflict business. Everybody wants to be your friend until you start doing well and I’ve seen that. I’ve seen that time and time again.”

Becky Lynch said she is the champion and she’s here to make history. Her feuds need to maintain that fire that saw her walk out of WrestleMania 35’s main event with two titles raised high. It sounds like that fire is still burning with The Man to get that done.