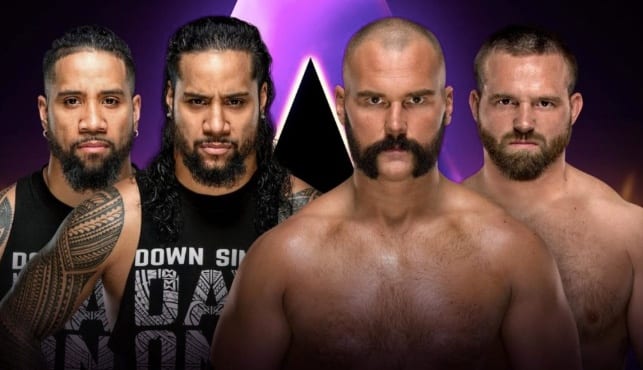 As seen on Sky Bet, the betting odds for The Usos vs The Revival at Super ShowDown have been released.

The card for today’s Saudi Arabia show was stacked enough already as it is, but now, they’ve added what should be one hell of a match between two of pro wrestling’s finest tag teams – The Revival and The Usos.

Both teams are kind of scrambling at the moment in an attempt to find some relevancy on a week to week basis with both pairs hinting at the possibility of going elsewhere to wrestle – with The Revival being a little bit more serious than Jimmy & Jey.

The odds currently favour The Usos to get the babyface win today, as they are the 8/15 favourites. The Revival are the 11/8 underdogs, which seems to indicate that there’s a chance of an upset.

The previous interactions between these two teams on WWE television have been a little bit questionable to say the least, as you can see in the above clip. With that being said, any chance we get to witness two legendary teams battle it out in the ring should be considered a blessing.

As we’ve already said the rest of the card is incredibly stacked, but we wonder whether or not this is going to wind up being the show stealer of the night. We already know that they’re probably going to be given a decent amount of time on the pre-show, which should actively excite any and all fans of tag team wrestling.