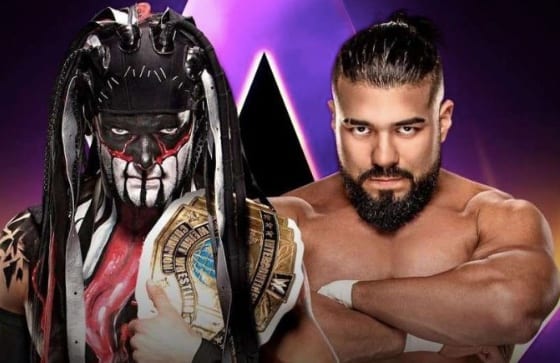 As seen on Sky Bet, the betting odds for Finn Balor vs Andrade at Super ShowDown have been released.

The back and forth between Andrade and Finn Balor has been ongoing for a while now, as the two high level superstars continue to battle it out over the prestigious Intercontinental Championship.

Their rivalry will continue, and potentially conclude altogether, later today when they square off at Super ShowDown. Both competitors are riding a wave of momentum heading into the bout, especially after their insane spot with one another at Money in the Bank.

Finn Balor is the strong favourite to retain his Intercontinental Championship with odds of 1/9. Andrade, of course, is the underdog at 5/1.

Some may be surprised by the one sided nature of those odds, as it initially seemed like WWE would be interested in putting the belt on Andrade. Either way both men feel like they’re on the rise, to the point where it wouldn’t be surprising to see them compete against one another for a world title in a few years time.

Out of all of the matches on the card this is one of the few that fans are tipping to be a potential show stealer, but of course, you have to wonder how much time they’re going to get. Some of the other bouts on the card are WrestleMania-worthy encounters, which could mean that Balor & Andrade aren’t given the time that they deserve.

For their sake and ours, let’s hope that isn’t the case.