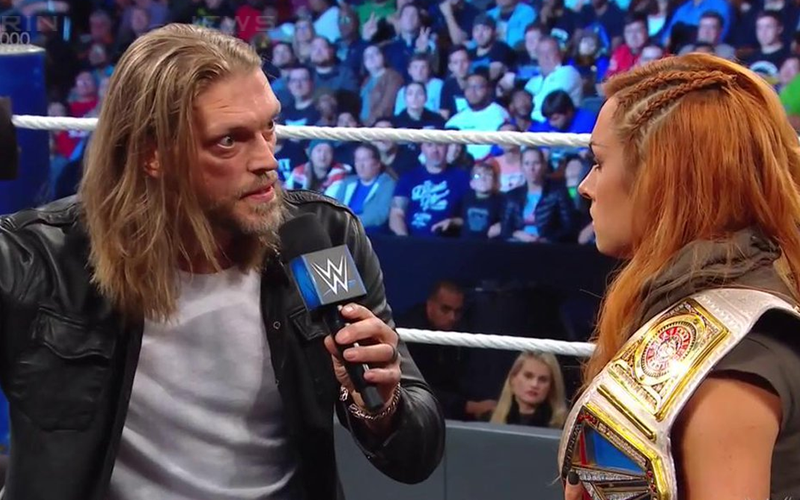 It looks like Edge and Becky Lynch’s little back-and-forth isn’t over at all. Beth Phoenix is getting dragged into this as well and she just claims to be a commentator now.

Becky Lynch replied to a little meme between Beth Phoenix and Edge saying that someone needs to get one of the two of them out of their retirement village. This prompted a very interesting response from Edge.

Aw Becks this whole twitter thing with me didn’t work out well for ya last time. Are you and the boy toy that bored with WWE creative? I mean granted we would make it WAY more exciting, but if you’re that good, ya shouldn’t need us.


This was followed by Becky Lynch taking a shot at Beth Phoenix’s commentary role on NXT. Then The Man suggested that Phoenix should “lace up your own damn boots” and come find her.

Edge responded to shut this down one more time. He admitted that he got bored with The Man after tweeting back at her once. He proceeded to call her a “ratings Jugger-not” while taking a shot at the excitement of her matches.

Oh wait, what? This is still happening? Sorry The Man I got bored after your last weak tweet and walked away. Kind of like I do when your matches come on. Huh. You used to like puns before you were “cool” right? Ratings Jugger-not. And again I say begone little one.


You can take this as you like, but it would seem to us that Edge and Beth Phoenix might be teasing some kind of feud with Becky Lynch. If anything, this is a very productive and entertaining way to spend a little bit of time while Lynch is waiting for Seth Rollins to return from Saudi Arabia.