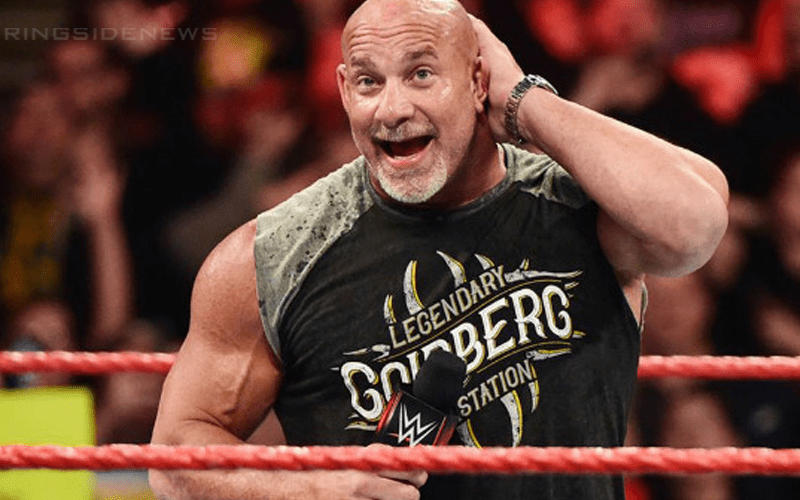 Goldberg arrived on SmackDown Live this week to hype his upcoming match against The Undertaker at Super ShowDown. This segment capped off the show and it was worth waiting for because Goldberg hadn’t skipped a beat when it comes to his promo skills.

Bryan Alvarez discussed Goldberg during Wrestling Observer Live and his promo from SmackDown Live. He was quite impressed with Goldberg’s ability to work the microphone as well.

It seems that unlike most other Superstars who are on television every week, the former face of WCW doesn’t need someone telling him what to say.

“That Goldberg segment at the end of the show. He cut a better promo than anybody in WWE today. Apparently, he’s got the deal that nobody writes for him so he gets to do his own promos.”

“Here’s a guy that was never a promo guy. His gimmick forever was that he never even talked and now he goes out there in 2019 I mean aside from his last run he hasn’t wrestled since 2002-2003 or whatever. He comes back here and he blows everybody away on the microphone. It was unbelievable.”

The Undertaker showing up to confront Goldberg face-to-face created a big moment to hype WWE’s upcoming show in Saudi Arabia. Alvarez noted how this just shows what can happen when WWE doesn’t try to over-produce things.

We will just have to see if WWE can secure Goldberg to work another date in the United States sometime, but it won’t likely have Saudi money attached.

The fact is that Goldberg can still go on the microphone and if they book him wisely enough in the ring you never know if WWE might see the dollar signs and convince him to make some kind of return as they attempt to give the blue brand a fresh start on Fox.