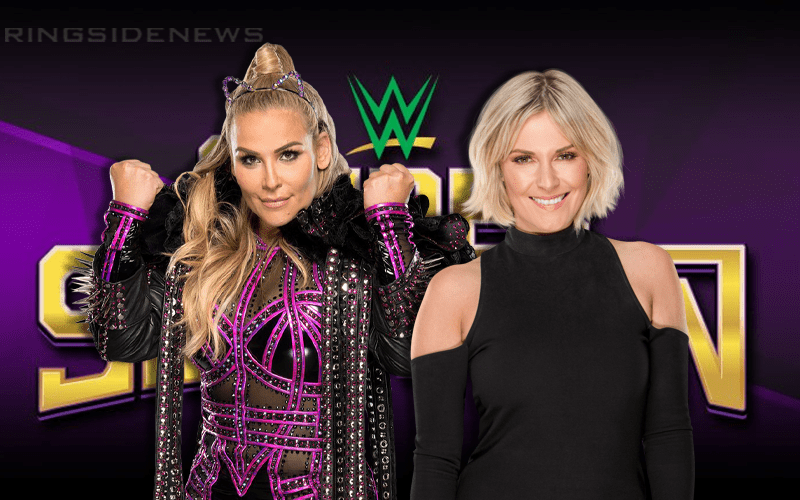 WWE’s decade-long deal with Saudi Arabia is going to continue this Friday for Super ShowDown. Women aren’t allowed to compete, but WWE is bringing at least two ladies along on the trip.

Renee Young was allowed to go to Saudi Arabia last time as she announced the WWE Crown Jewel event. It appears that she will be doing that once again for Super ShowDown, but Natalya is also along for the trip.

It’s unknown what Natalya would be permitted to do at the WWE Super ShowDown event, but she was very happy to be on the 17 hour flight to KSA. You can check out some Instagram stories that she posted below from the flight.

Renee Young and Natalya were seated together and had a great time. They also brought plenty of snacks. It might have been a very long journey, but it will be worth it once they land.