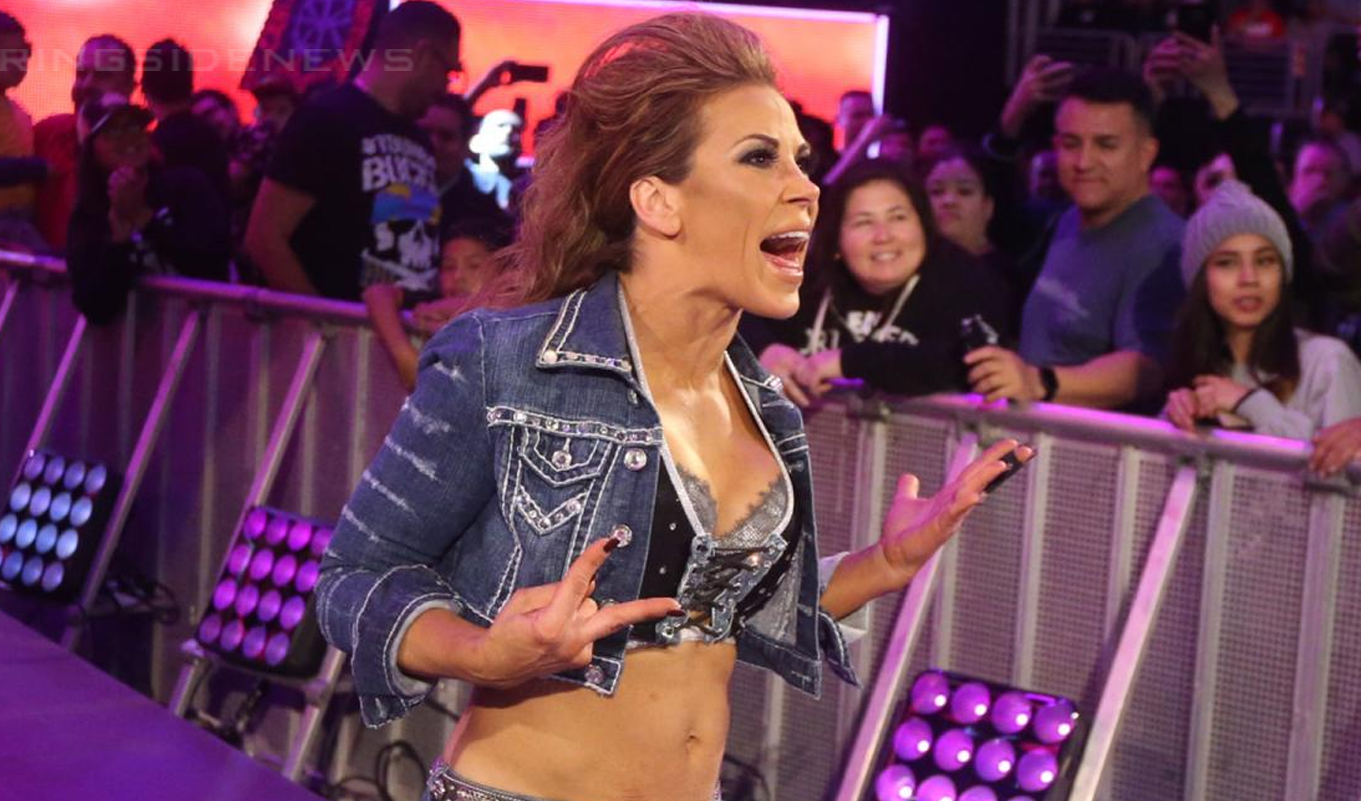 Mickie James was apparently injured during a Waco Texas house show over the weekend. She was wrestling Carmella when the match needed to be ended early. Although she could walk to be back, she did so with assistance and she was also selling her knee.

Fans thought that James was going to be okay since she posted a video of herself sunning in the 91 degree Texas heat the next day, but sadly, that might not be the case.

Mickie James posted a short Instagram video of herself headed in for an MRI with a caption saying: “Well… let’s see how this goes.” Hopefully, she will receive good news.

If anything, it’s not the best sign that she has to get an MRI done at all. So they’re obviously looking for something.

We will let you know as soon as there is any word concerning the extent of Mickie James’ injury status right here at Ringside News.