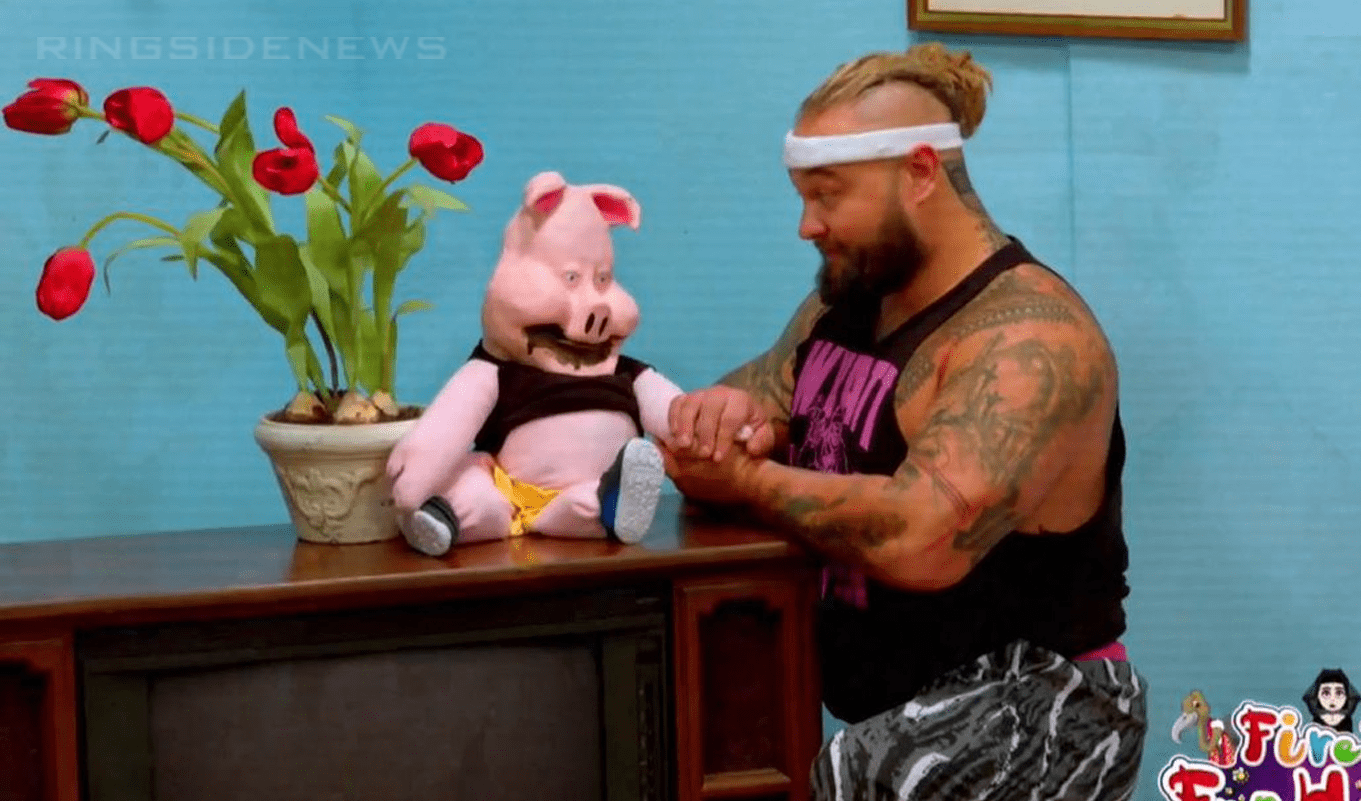 Bray Wyatt has learned a lot since becoming a WWE Superstar. One thing he obviously did was get into great shape during his recent hiatus.

On the Firefly Fun House segment this week on RAW, Wyatt introduced a pig puppet named Huskus The Pig Boy which was an obvious reference to his former Husky Harris character. Then a Vince McMahon puppet appeared and threatened his job if he didn’t get into shape. This was obviously something that Wyatt fought hard to prevent from happening.

Dave Meltzer explained the symbolism behind the latest Firefly Fun House segment on Wrestling Observer Radio. Wyatt obviously had a message to deliver and that is now being seen all too clearly.

“The idea is that the pig puppet is all the things that Bray did wrong because he didn’t train. Now he’s training and all the Husky Harris stuff, all the mistakes that he made, but now he’s learned from all his mistakes and that’s the deal.”

“It was very entertaining, really fun stuff. It felt honestly like it should be on someone else’s wrestling show and not this one.”

The Firefly Fun House only gets better every week. If they can keep up this kind of entertainment value it might be better just to never have Wyatt return to the ring because that opens up an opportunity for things to be ruined for him once again after he worked so hard for this new character reboot.