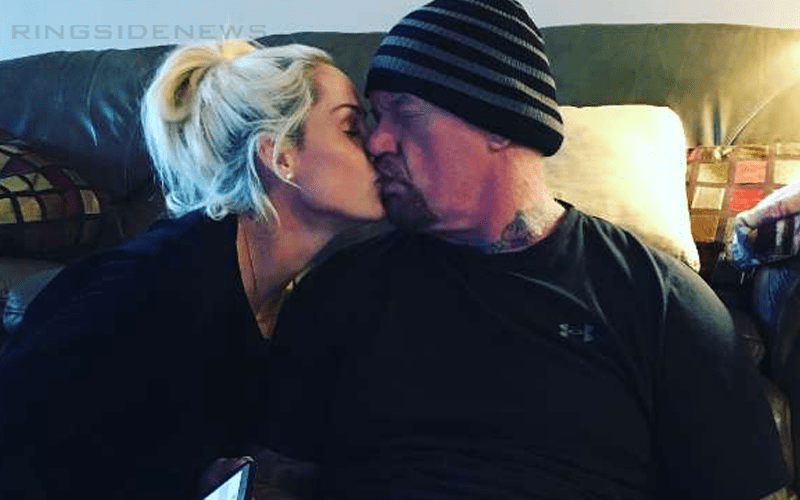 Michelle McCool and The Undertaker are married now, but they met in WWE. During that time early on in their relationship, Taker and McCool were both full-time Superstars, but it wouldn’t last long for Michelle.

Things were a problem as McCool described and writers had issues with her being featured so much. Other Superstars apparently felt the same way and contributed Michelle McCool’s spotlight to her relationship with The Undertaker.

Chasing Glory recently had Michelle McCool on as a guest where she discussed some backstage resentment over her dating The Dead Man. Things got so bad that she eventually told Vince McMahon that she was leaving before things got to the point where she hated WWE.

“It was tough just leaving in itself was tough because it got to a point where I was dealing with so much again mostly being Undertaker’s girlfriend and why I was on TV and even having a writer throw the papers up one day and say ‘Why don’t we just call it the Michelle McCool and Undertaker show?!'”

“It was nonstop and I went to Vince on numerous occasions and bless his heart he was wonderful, but I just said Vince, I don’t wanna hate something that I grew up loving so much and the longer I stay the more I’m like like getting a sour taste in my mouth.”

“So making that decision to leave was as hard as it is, but more than wanting to be in WWE or be a champion I’ve always wanted to be a mom.”

Michelle McCool said becoming a mother wasn’t easy either. She experienced two miscarriages before her and Taker were able to finally have a daughter.

This wasn’t the preferred way to go about things, but Michelle McCool is very happy with her choice to leave WWE before she started hating wrestling altogether. Now she can be a wife to a semi-retired Undertaker and a mother at home as well.