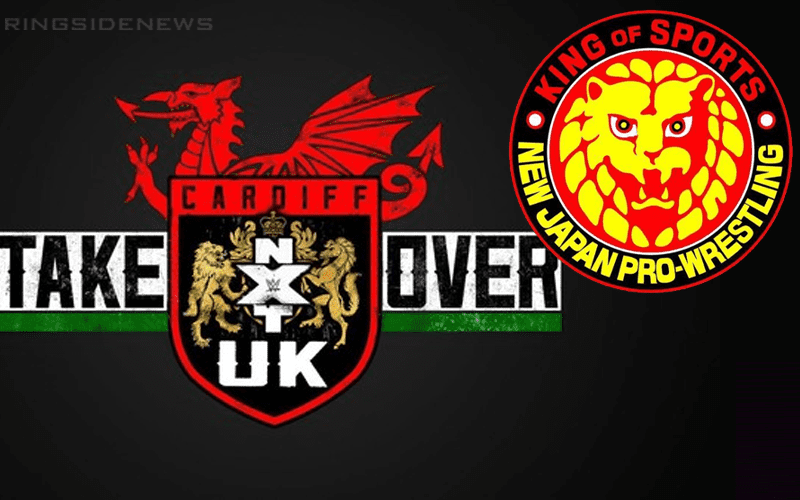 NXT UK TakeOver: Cardiff made a lot of people pay attention to their August 31st date. This was mainly because August 31st is the same date as AEW All Out. However, fans with a New Japan Pro Wrestling calendar also noticed something very interesting.

NJPW is running a show in London on August 31st. This will run head-to-head with WWE’s NXT UK TakeOver: Cardiff event. There will be no time zone difference either. At least this will make it easier for American fans to watch both TakeOver and All Out because they are not in the same area.

Dave Meltzer expanded on this subject during Wrestling Observer Radio.

“New Japan’s going to be running the Copper Box in London which will be head-to-head with the WWE UK in Cardiff Wales. I don’t know I mean Wales is obviously not London — it’s gonna be interesting though because the New Japan show has 6,100 tickets sold and the WWE UK’s shows. You know they’ve been doing — I forget the exact numbers are — something like 1,300. It’s nothing like 6,000.”

Meltzer continued to say how interesting it is that WWE is going head-to-head with a show that already has 1,600 tickets sold. This is especially true if WWE did nail down the August 31st date before WrestleMania as Triple H claimed in his post TakeOver media call.

WWE changed their TakeOver: New York date because they didn’t run against the sold-out MSG Supercard event. That didn’t seem to factor in their decision to continue with NXT TakeOver: Cardiff as planned.