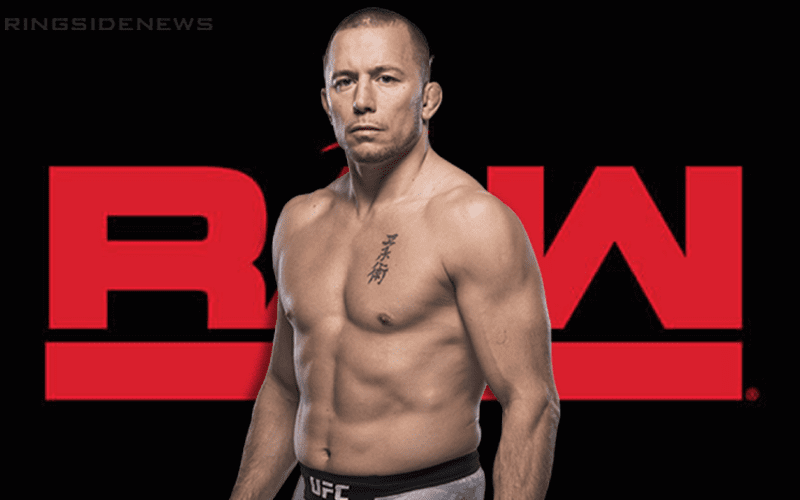 WWE has a lot of big names and they are known to pull in some even bigger names for special attractions. Now it looks like WWE has their target set on Georges St-Pierre

GSP disclosed in a recent interview with TVA Sports that he was approached by WWE while he was at an ESPN awards ceremony. Needless to say, this is a very interesting offer.

“I was at an ESPN event in the United States, the awards ceremony, and I got approached by the WWE. I had just retired, and, it’s a form of competition, but of course, it’s also scripted, so I don’t know if I’d be willing to relive that. Perhaps for a special event, so I could taste it. But I don’t know if I’d want to sign a contract and do it every week and making it a living. Maybe for a special appearance.”

“Perhaps we will get back to them on that. I don’t know, but for the moment, there are no discussions at all. They wanted to contact my agents, I gave them their number, but I don’t want to switch to wrestling full-time.”

GSP going to WWE might not be a full-time deal, but it doesn’t need to be nor should it be. The former UFC Welterweight and Middleweight Champion could be a real attraction for WWE if they could get him involved in the right angle.

WWE needs shooters and someone who can make things look real. Therefore, if GSP would agree to a WWE deal of some kind it could bring in some impressive numbers or at least that would be the hope.