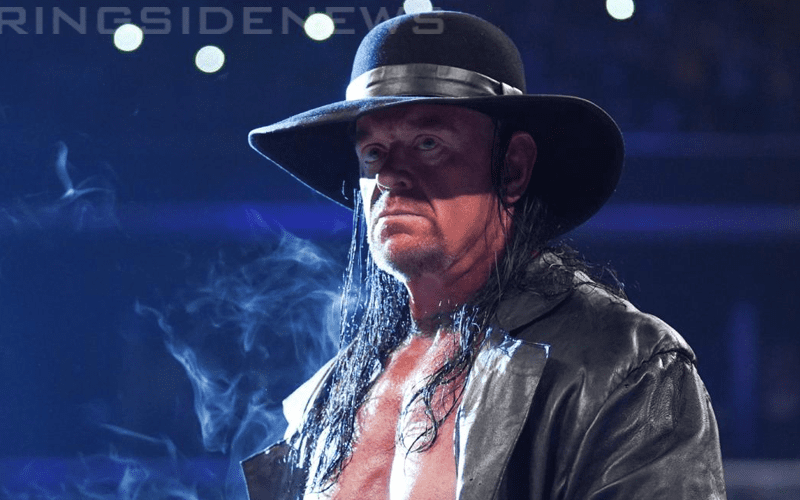 The Undertaker is going to be on RAW this week to promote his big dream match against Goldberg at Super ShowDown in Saudi Arabia. His opponent is scheduled to be on the blue brand’s show the next night as Goldberg will be on SmackDown. However, fans might get a show down before Super ShowDown.

Fans around Laredo Texas where SmackDown Live is taking place this week are seeing something very interesting. Because Sames Auto Arena is advertising that The Undertaker will be there this week for SmackDown as well.

This could just be a mistake, but as you can see below The Undertaker is promoted as coming to SmackDown Live. It is very interesting how Goldberg isn’t included in this post at all. So maybe they mixed the two of them up.

We will just have to wait and see what happens and who shows up this week.