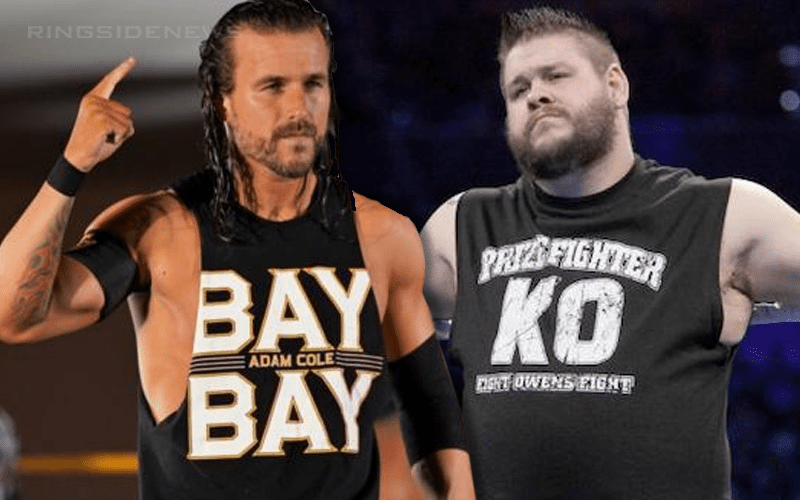 NXT TakeOver: XXV is tonight and Adam Cole has a great opportunity to capture the NXT Title, but he will have to defeat Johnny Gargano in the process. Kevin Owens is a former NXT Champion so he knows what it is like to hold that title. Therefore, he might have some wisdom to share with Cole.

NXT’s Instagram story included a very interesting split-screen of Cole and Owens. Tonight is the 25th NXT TakeOver event so it is a proper time to pay tribute to the past. However, Adam Cole took a screenshot of that story of himself and KO before posting it on Twitter with a “thinking” emoji.

Owens didn’t reply back with any words, but he did included a very nice looking graphic of himself as leader of the Undisputed Era. He also later tweeted out:

WWE’s booking is up to Vince McMahon so we will just have to see if anything actually transpires from this little back and forth.

It does certainly appear that Kevin Owens will be rooting for Adam Cole and The Undisputed Era in both of their big matches tonight as the rest of UE has a big ladder match for the vacant NXT Tag Team Titles.