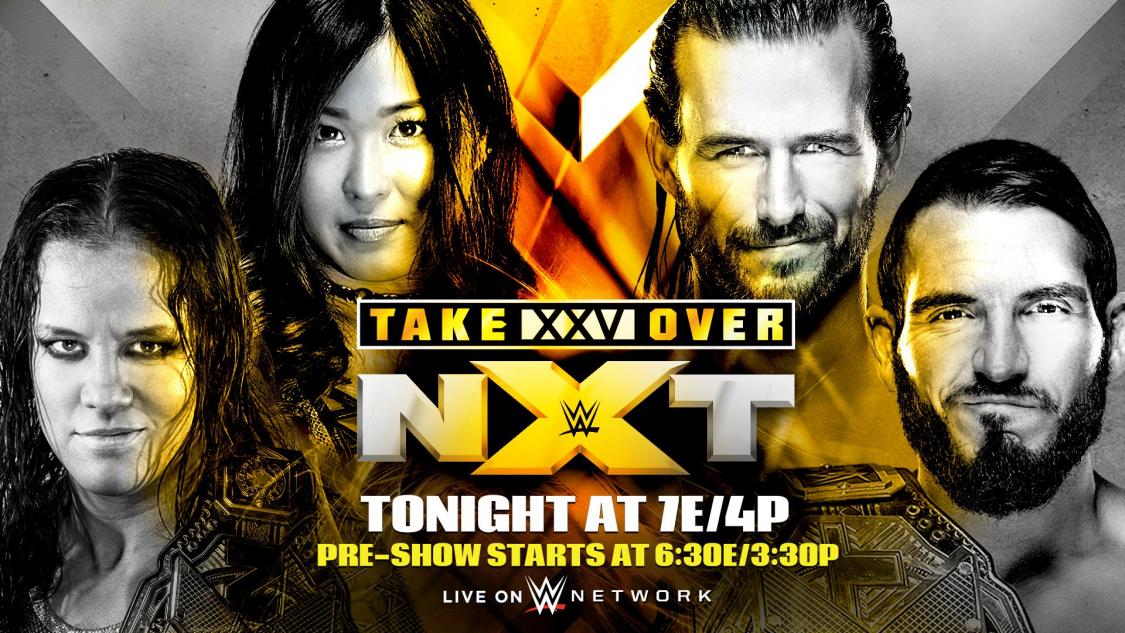 Tonight’s TakeOver is set to be a big one, and that much is evident from the Tag Team Championship match. It’s set to be a four-way ladder match between The Undisputed Era, The Forgotten Sons, Street Profits, Oney Lorcan and Danny Burch, for the vacated tag titles. This match is sure to be straight chaos and a show-stealer.

One hotly anticipated match tonight is when Velveteen Dream takes on the returning Tyler Breeze. It’s a little unclear if Breeze if just back to put over Dream, or if he’s sticking around and could pull off a big win in his return. Of course, the NXT North American Championship is on the line. Expect this match to tear the roof off of the arena, particularly with Breeze out to prove his worth to WWE brass.

And then there’s the NXT Championship match between Johnny Gargano and Adam Cole. These two went head-to-head at the last TakeOver, with Gargano winning a brutal and epic two-out-of-three-falls match. Well tonight it’s one fall takes all, and Adam Cole is quick to remind everyone that he won the first fall last time. If he does so tonight, he will win the NXT Championship, and his brothers could also walk out with the Tag Team Championships. Could be a big night for The Undisputed Era.

And the other two matches tonight sees Matt Riddle duel Roderick Strong, and Shayna Baszler face Io Shirai for the Women’s Championship. As always, it’s a big TakeOver and we’re excited to see it all go down. So remember to follow us on Instagram, download the Ringside News app, and enjoy the show!