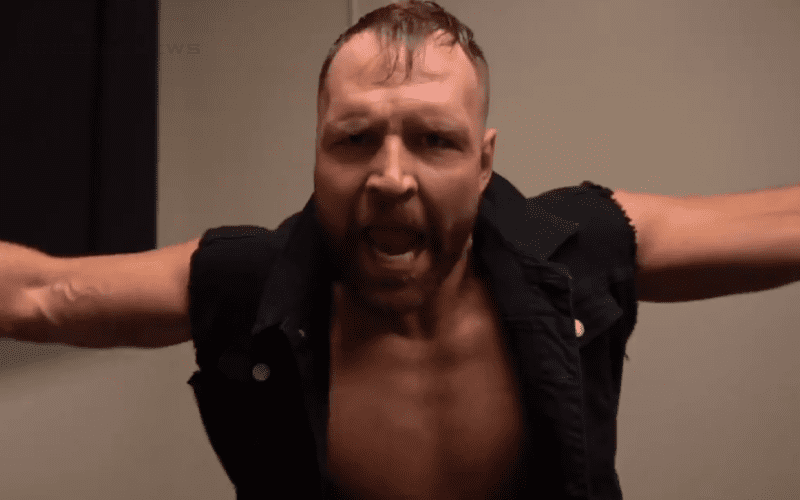 Jon Moxley is no longer in WWE, but he accomplished everything he wanted to while under Vince McMahon’s orders.

While speaking to the Wade Keller Pro Wrestling Podcast, Moxley explained that at this point in his career it’s like starting from scratch. Only he is known throughout the world and he is walking into AEW as a top name.

With everything he has under his belt already in WWE the pressure is off Moxley to achieve benchmark goals. Now he can concentrate on putting out great pro wrestling matches.

“I could just start a whole new style from scratch, a new character from scratch. I could try five different things. I can experiment. I can’t fail at anything anymore. Because when you start at 18 the goal is to ‘make it’ as a wrestler and I had that mentality like everybody does you know, like when I was a teenager people were like — where I’m from — nobody gets out of there and does anything, but I was like ‘screw you.’ Like I told Jericho I’m not an elf, I’m a f*cking dentist and I’m going to be WWE Champion and I went and did that.”

“When you’re 18 you just want to make it so you’ll sign any contract that anybody will put in front of you. You’ll take any booking you know because you want to be on TV and you want to get paid and make money and win championships or whatever — I’ve done all that.”

AEW is providing a brand new environment for “sports entertainment” that will allow their wrestlers the room to tell stories in the way they want them to be told. Of course, it will still be a pro wrestling company, but there is certainly something different about All Elite Wrestling so far.