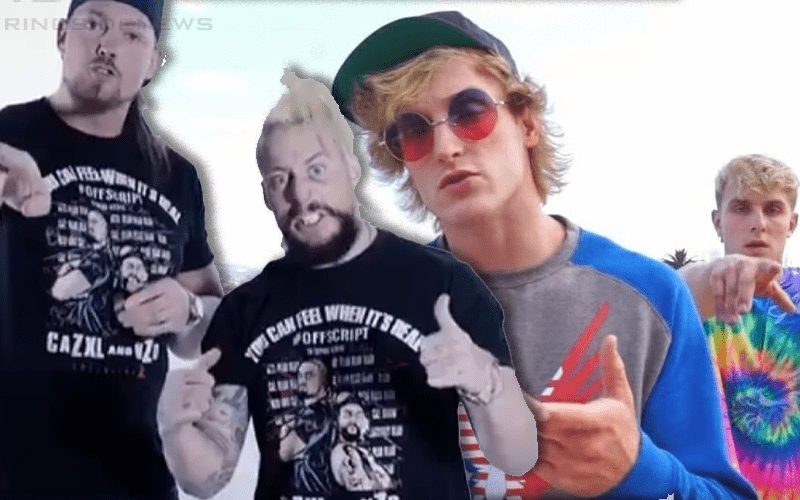 The Internet is full of celebrities who got famous because the internet exists. Now it looks like NZO and Big Cass are looking to start a beef with Logan Paul and Jake Paul.

NZO uploaded a little online promo that he cut on the Paul brothers. After all, he still has a seven-footer as his back-up.

Logan Paul replied to NZO’s online promo with one of his own. It sounds like he is inviting the former WWE Superstars to come throwdown in Encino

ay showman. you’re out of breathe from being pushed up a hill… stick to the fake shit or come to Encino & get worked. you or the bigfoot


NZO fired back at Paul and he brought his brother into the mix as well to fire shots at both of them. It seems like something could be brewing between these guys.

Well whadda we got ova here?? @jakepaul grab ur bro… @LoganPaul-E Shore you don’t want that smoke. See how fake shit when Bigfoot shows up in ur cave and breaks a Jordan off in ur ass Encino man


This might be a publicity stunt, but maybe we’ll see something come of the new rivalry. If anything, it is entertaining to see in our timelines that Enzo Amore and Big Cass are trying to step to Logan and Jake Paul.