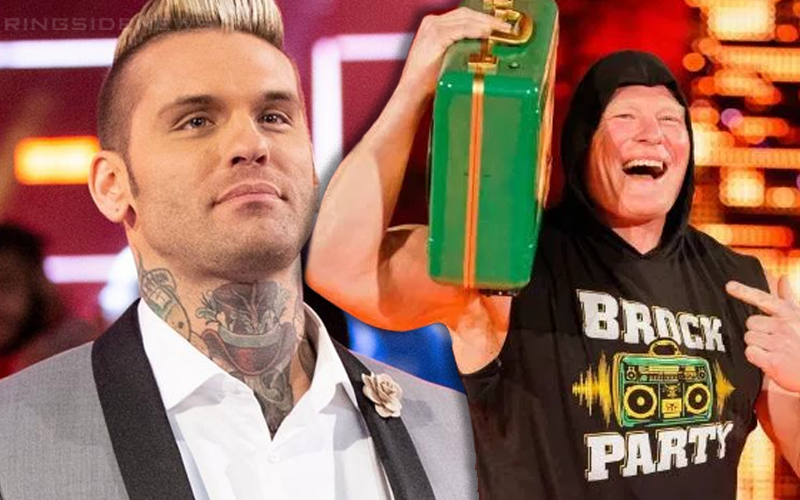 WWE makes a lot of decisions that some people can see glaring plot holes in from a mile away. Corey Graves just couldn’t keep one observation to himself.

Brock Lesnar will cash in his Money In The Bank contract this Monday on RAW. He will be taking on Seth Rollins in a rematch from WrestleMania and hopefully, it will do the trick to gain viewers because WWE needs them in a big way.

However, when Graves heard this latest plot twist after Stephanie McMahon promised to take action against Lesnar and Paul Heyman this week on RAW he had something to say.

So, he’s is cashing in because the boss was mad at him for not cashing in when he said he was, even though the point of the contract is to cash in at the holder’s discretion?

WWE seems to be re-writing their own rules as time goes on. After all, the Wild Card Rule was something that Vince McMahon just created out of thin air on the morning he announced it.

Perhaps the change in WWE will not only apply to blurring of brand lines. Because the company might also be doing away with some traditions such as how the MITB briefcase can result in a surprise cash-in at any time.