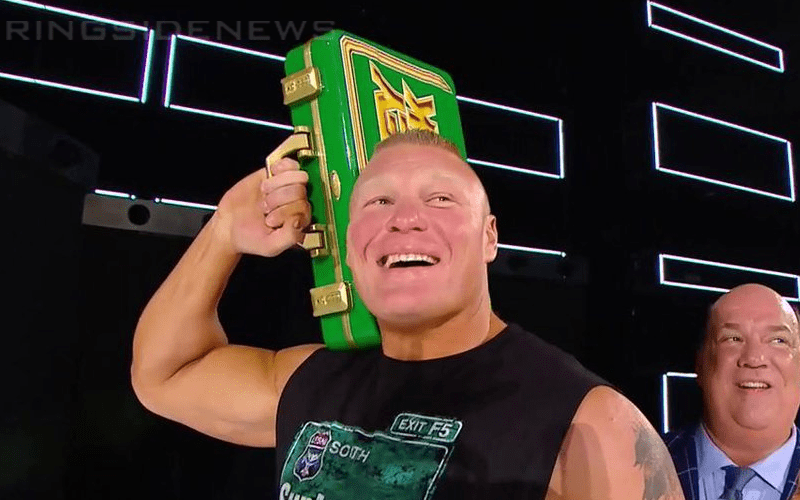 Brock Lesnar won the Money In The Bank briefcase after invaded the match in the final moments just before Ali was able to take the contract. Now it looks like he won’t have his boombox briefcase for long.

Paul Heyman has confirmed that Brock Lesnar will cash in his Money In The Bank contract this Monday on RAW.

In the description sent out by WWE about next week’s show it was confirmed that The Beast Incarnate will cash in his MITB contract and it will be against Seth Rollins for his Universal Title.

Brock Lesnar’s actions last week led to a formal review by WWE management, but The Beast and Paul Heyman aren’t waiting for the sword to fall, announcing they will cash in the Money in the Bank contract against Universal Champion Seth Rollins this coming week. Tune in to Raw this Monday at 8/7 C, live on USA Network.

This WrestleMania rematch could be a big deal and spike ratings. Hopefully, they will be able to deliver something because the company really needs to draw attention to the product.

Along with The Undertaker’s RAW return next week it looks like this is already going to be a loaded show.