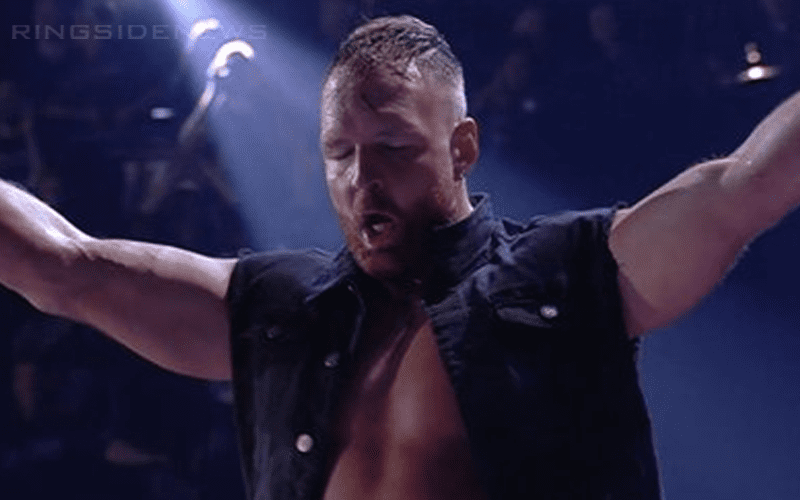 Jon Moxley quickly found himself as one of AEW’s top stars upon his Double Or Nothing debut. His first AEW match is set for Fyter Fest, but he is just getting started.

While talking to Talk Is Jericho, Moxley held nothing back about what he experienced in WWE. He spoke about the line he was forced to deliver about Roman Reigns’ leukemia and another time when he almost walked out of WWE entirely.

At this point in his career, Jon Moxley doesn’t have anything left to prove. He isn’t thinking about WWE, but he does want to see the product only get better.

“My goal of it is not to look like I got something to prove to fans or WWE or whatever or anything like that because I don’t give a sh*t about WWE. They’re in the past. Like, I want them to be good. Like I said if a byproduct of us being gone is they have to change their creative process and they get better because I want my friends that are there to be happy.”

“My wife’s there, I want her to be happy. I want the business to be better I want the fans to be happier with the product, but I don’t care about them. They’re in the past, they’re on the back burner. I want to be the best version of myself.”

Jon Moxley wants to be the best version of someone that the WWE Universe was never allowed to see. Now that he is out of WWE, Mox can play his music his own way in a manner of speaking.

AEW has a lot of momentum and hopefully, it will only continue from this point and everyone involved in the pro wrestling industry will continue to benefit as everything improves.