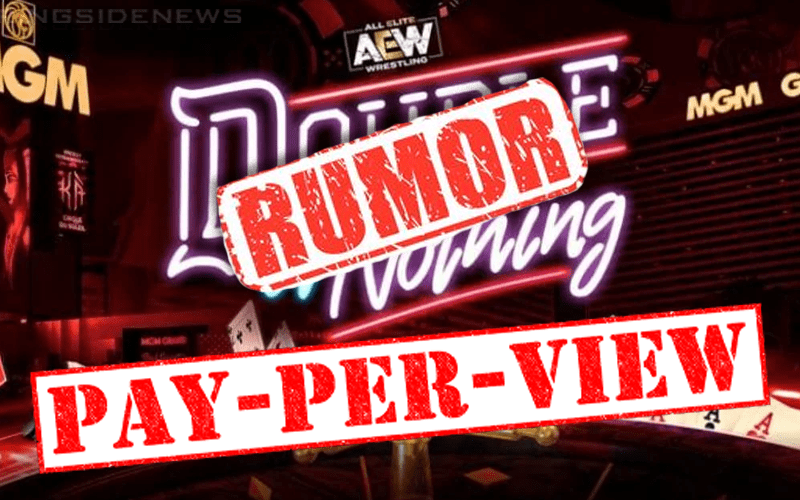 AEW Double Or Nothing is still the talk of the IWC as fans anticipate AEW’s next big event.

Dave Meltzer said on Wrestling Observer Radio that the AEW Double Or Nothing searches on Google reached 200,000. This placed them as the third highest trending search on Google for May 25th, but that doesn’t mean that many people actually ordered the pay-per-view.

Still, some people are under the assumption that those numbers mean actual streaming and pay-per-view buys. Those numbers are simply not available yet.

Tony Khan seemed to confirm this while speaking to Busted Open Radio as he explained that although Double Or Nothing is a great show that AEW now has under their belts that doesn’t mean they know how many people ordered it just yet.

“We are going to be doing a live, weekly television show on TNT. It will debut prime this fall. We are also going to be distributing to a number of other top-wrestling markets. I can’t exactly say where the TV is going to be and then as far as pay per view distribution, I thought that our partners were awesome for this show.”

“Like I said, we had done a great show and we now have that under our belts. The folks at Bleacher Report Live were awesome. The cable and satellite carriers were in demand, working with all the cable carriers, DirectTV and Dish Network; that has been great. I really like the people at FiteTV and ITV Box Office did an amazing job at the show and I think we are really going to be happy when the numbers come in from England from the UK in general because of the support that we received from them was great and we really would like to be partners with them for a long time.”

“I can’t say enough great things domestically here in the United States to have wrestling back on the Turner Network or with Warner Media with TNT. They are a wrestling network, for better or for worse. There have been a few channels that have been really successful in our lifetime broadcasting wrestling and TNT is absolutely one of them as much as anyone. I think it is really cool that they are back in business.”

Tony Khan stated that he doesn’t know the numbers yet for Double Or Nothing, but he expects that people will be happy. If Tony doesn’t know, then nobody is going to know yet.

One this we do know is that reps from TNT were at Double Or Nothing and it is hard to imagine that they’re not excited about bringing AEW to their network.