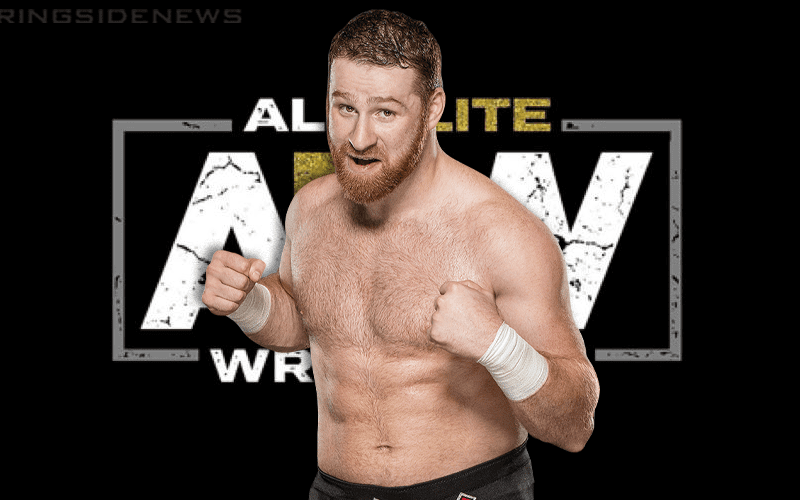 The third hour of RAW was quite lackluster including the debut of Corey Graves’ Electric Chair segment. Then Sami Zayn dropped AEW’s name on the USA Network and fans started to pay attention in a big way.

However, as we previously reported, Dave Meltzer said that line was a part of the show. Some were told that Zayn didn’t have permission to say “AEW” on WWE television which led to a discussion about “working the boys.” Now it seems like the narrative might be changing.

PW Insider notes that several sources have told them that Sami Zayn’s line about AEW was his call and improvised.

In asking around, several sources said this morning that Zayn’s AEW line was not something that was in the script for Raw and was likely something Zayn, who pitches his own verbiage, improvised.

At this time there is no word on how WWE will be dealing with this problem if Zayn did act out of turn. WWE deleted the AEW reference from their replays and social media accounts, but it’s hard to unring a bell once Sami Zayn spoke the three letters of WWE’s competitor on the air.

Since WWE isn’t firing anyone right now we can only assume that Sami Zayn could be suspended or fined which is WWE’s usual course of action in this regard. Let’s just see what happens because that could help determine whether WWE intended on Sami to say “AEW” or not.