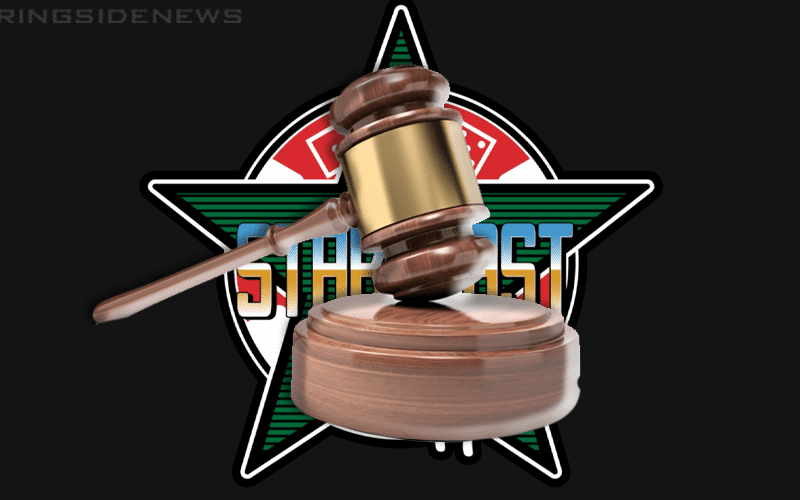 WWE had a big issue with Conrad Thompson having The Undertaker at Starrcast so they hurried up and signed both he and Kurt Angle to new deals restricting their outside appearances. Then they pulled both legends from the event.

Conrad Thompson had registered “Dead Man Talking” in hopes that Taker would be able to do a Q&A at Starrcast and maybe even a touring show. However, that didn’t happen. WWE had an issue with The Dead Man’s likeness being used, but now Thompson is getting even more opposition.

PW Insider reports that a new claim has been filed against Starrcast for registering the Dead Man Talking name. This was already the name of podcast that has nothing to do with pro wrestling. Audioboom, the podcast’s home requested a 30-day extension to file an opposition which they plan to do.

In case you’re wondering what kind of podcast might be called Dead Man Talking. It’s really complicated so let’s just let the description of the show do all the talking.

Angel Resendiz aka The Railroad Killer criss-crossed the US by freight train in the 80s and 90s, choosing his victims at random, before he was executed by the State of Texas in 2006.

Before his death, Resendiz spoke to journalist Alex Hannaford and claimed, on tape, to have killed more than he had taken the blame for.

The authorities said Angel Resendiz was lying in an attempt to delay his own death. But, haunted by the crackly interview tape, Alex is determined to investigate. Then a letter arrives from a woman serving life in prison for her husband’s murder — telling him that Resendiz once confessed to that killing too.

It might not matter much because without The Undertaker around Conrad Thompson might not have much use for the Dead Man Talking name anyway.