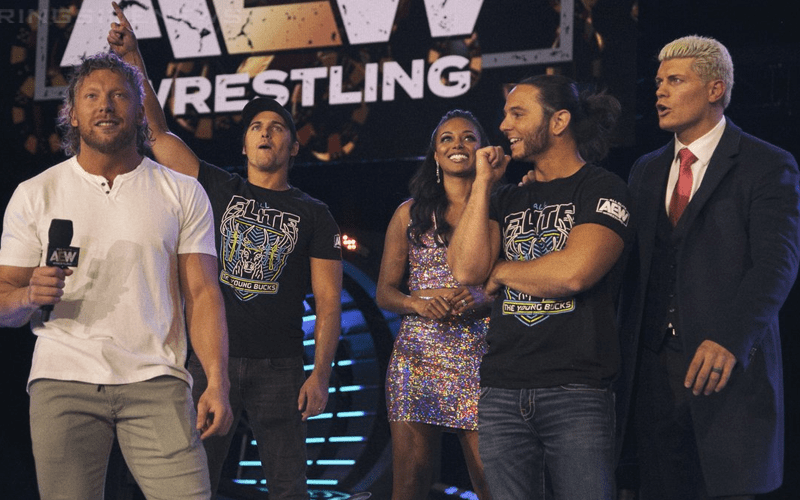 AEW is no longer just another indie company, especially after Double Or Nothing. They have a ton of momentum and fans need to keep this up as well because they have some big things in store.

While speaking to Chris Van Vliet, Cody Rhodes revealed the perfect length of time that AEW is going for in regards to their upcoming television show on TNT.

“It’s really likely the show is going to be 2 hours. That’s the sweet spot. In terms of the schedule we’ll find out probably within the next few months for sure and it will be in a great spot to be in prime time on TNT, they’ve really set us up. Now you’ve got to go deliver the bell to bells and the sports centric.”

“Another thing that is really cool is you’ll be able to find out per market where we’re going to be all around, this isn’t going to be be something that is just stationed in one spot. This is a touring brand. We’re really, no pun intended, going all in on the concept of it and it’s so special because we aren’t doing a live event system so when we come we’re bringing our absolute best from match quality to star quality. I feel like I’m giving away a lot here. Did Tony already say it? It’s 2 hours, live.”

The entire AEW roster worked very hard to make sure that Double Or Nothing garnered as much attention as possible. It sparked a resurgence in a section of the pro wrestling fan base who previously wrote off the sport altogether. Now AEW will be able to provide them with that alternative they were looking for.

If things go according to plan it appears that AEW on TNT will be two hours every week and will hopefully be a live broadcast as well. All of those things should make fans very excited as AEW continues to prepare for their next moves which could prove to be the most important ones following Double Or Nothing’s amazing reception.