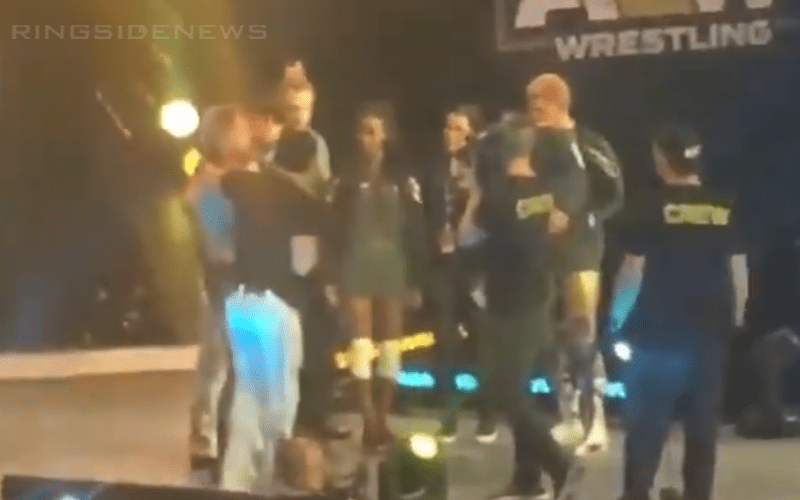 All Elite Wrestling’s first actual event is in the books and plenty of fans will be talking about Double Or Nothing for a long time to come. After the broadcast was over, The Elite came out to address the fans and personally thank them for joining them on the journey.

Kenny Omega broke his nose in the Double Or Nothing main event match. This is something that Cody Rhodes joked about after the event. Then The Cleaner addressed Jon Moxley after everything was said and done where he admitted that Mox just raised the stakes.

“I don’t want to talk too much. I’m so proud of everyone and I should be mad, mad for losing, but Moxley. I’m not going to thank you, Chris. I’m going to thank you, Moxley, because tonight—this is kind of clever because we’re in Vegas. You just raised the stakes.”

Cody Rhodes then addressed the crowd and said that this is all about family and the people who didn’t believe in them as well. This is an evolution of the business and he asked the crowd if they will follow AEW to other cities and watch them change the pro wrestling business.

The crowd was full of adrenaline and not wanting the night to end. It was a pretty great way to wrap up the show as The Elite took the stage to thank the crowd who paid their hard-earned dollars to come out and see Double Or Nothing in Las Vegas.