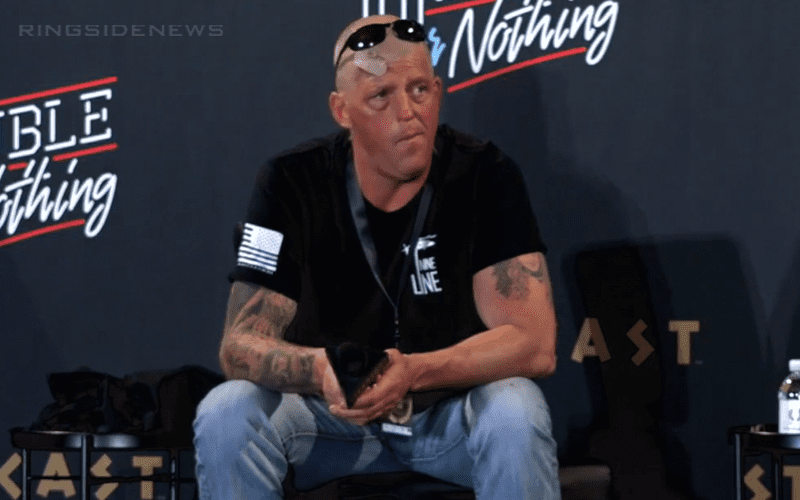 Dustin Rhodes and Cody Rhodes had a brotherly war at AEW Double Or Nothing that left thousands in tears after the match concluded. It was pretty perfect as far as Dustin sees it as well because everything felt so right.

During his Starrcast Q&A, Dustin Rhodes was asked about his career’s future. He doesn’t know what the future will bring, but it’s not likely he will be winning a world title. This is something he has come to accept.

“I don’t know. I thought last night was it for me [that] I cannot top that anything else to me I will do my very best at and always give my 110% for any and everybody I step in the ring with, but I don’t know. I don’t know what the future holds.”

“I don’t need a title let me say that right there. I know sometimes people think that I deserved a title, but it’s like there’s characters in wrestling that get over and people love them and they don’t necessarily need a title. I’m one of those and I’m okay with that.”

“Of course I would love to be a world champion, who wouldn’t? Cory won it, my dad won it, I want it, but I have not got that yet and that’s okay. At my age it’s a little late for me to win the world title, but I’ll tell you one thing last night that match [with Cody] was WrestleMania caliber.”

Cody and Dustin left it all in the ring and apparently, the former Goldust didn’t know what his little brother was going to do after the match was over. Now a dream match is set for AEW Fight For The Fallen in June and the world will just have to wait and see what is next for the Rhodes’ brothers.