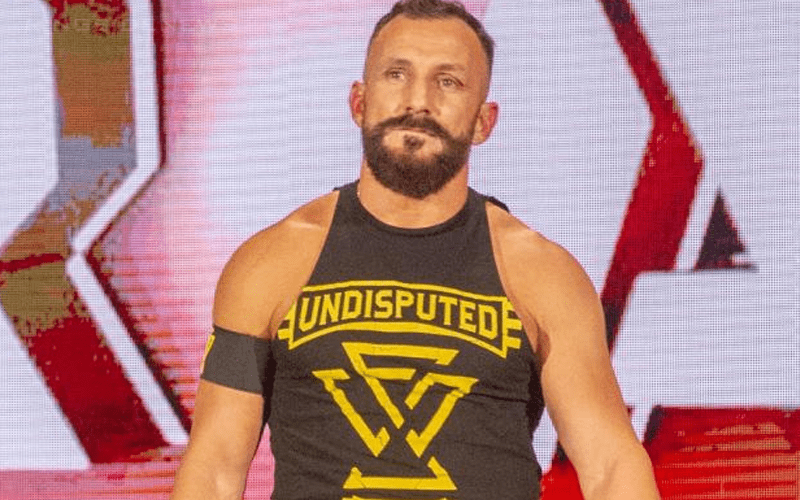 Bobby Fish is 1/2 of the NXT Tag Team Champions, but the Undisputed Era member suffered a scary moment at an NXT house show a few days ago in Philadelphia.

Fish and Kyle O’Reilly were wrestling Oney Lorcan and Danny Burch in Philly when Bobby Fish took a kick to the head from Lorcan. According to the Wrestling Observer Newsletter, Fish was “knocked silly.”

Bobby Fish tagged out of the match after trying to continue and the referee threw up the dreaded “X” gesture to signify an injury. Medical team members looked at Fish at ringside at that point while his partner carried on. The match was ended very soon after that with Kyle O’Reilly slapping an armbar on Lorcan.

Fish came out the next night with the Undisputed Era, but his arm was in a sling and they said he was injured. It is reportedly not serious, but it was a pretty concerning moment. Hopefully, it won’t keep Fish from competing at NXT TakeOver: XXV because he was a very important triple threat tag team ladder match for the NXT Titles booked for the June 1st event.