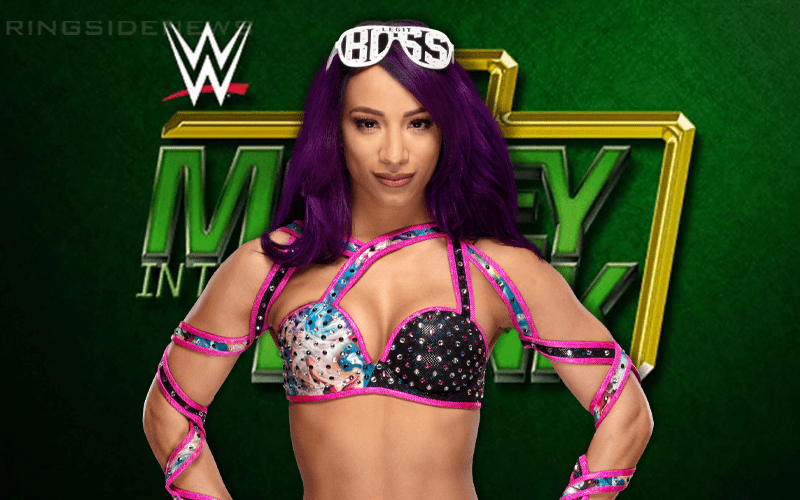 Sasha Banks has yet to make a return to WWE after having a falling out with the company at WrestleMania. She hasn’t been seen since.

Banks’ former Boss n Hug Connection partner Bayley had a great night at Money In The Bank, however, there might have been a deeper reason for this booking decision.

Brad Shepard noted on Oh, You Didn’t Know that Bayley winning the Money In The Bank ladder match and immediately turning around to become a champion was an intentional dig at The Boss.

“According to a source in WWE, and I had speculated this on social media as well, but I was told Bayley winning the Money In The Bank ladder match and successfully cashing in that night was a dig at Sasha Banks.”

Sasha Banks reportedly told WWE she wanted to quit at WrestleMania, but the company didn’t let her. Now she is enjoying a vacation from the company, but they might never let her out of her deal.

Bayley is now the SmackDown Women’s Champion which is a great achievement for her as a Grand Slam winner. However, as we previously reported the company was also planning a big win for Banks at Money In The Bank if she had decided to return in time for the event.