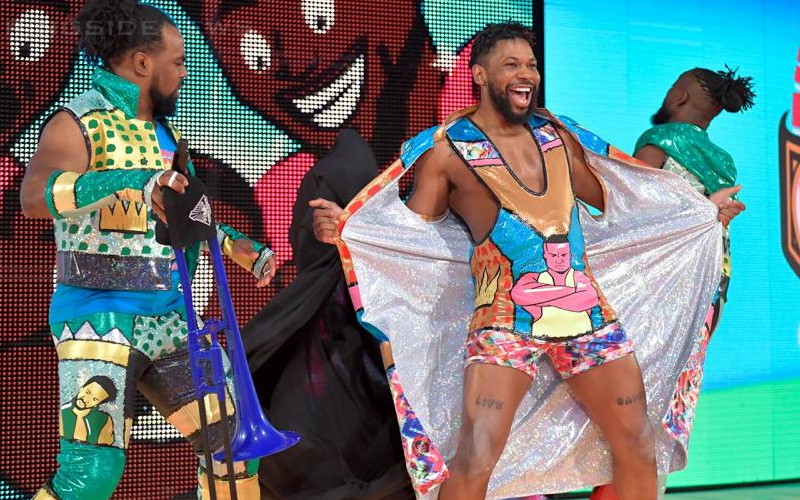 The New Day brought “Big E” out in a sheet, but once they revealed him it was very obvious that the man under the cover was not the former IC Champion. Kofi Kingston and Xavier Woods chastised the fake Big E for shrinking in size and having ashy knees before sending him backstage once again.

Then the real Big E came out and everyone was overjoyed to see him. What followed was a classic New Day promo with their signature antics. However, the Fake Big E had to get back to his real job in WWE.

The man under the sheet was WWE producer Temarrio Thomas. He tweeted out some time later that: “We couldn’t find him and I made an executive decision!!!”

Obviously, Kofi and Xavier were able to figure out this case of mistaken identity, but it still made for a pretty hilarious segment.