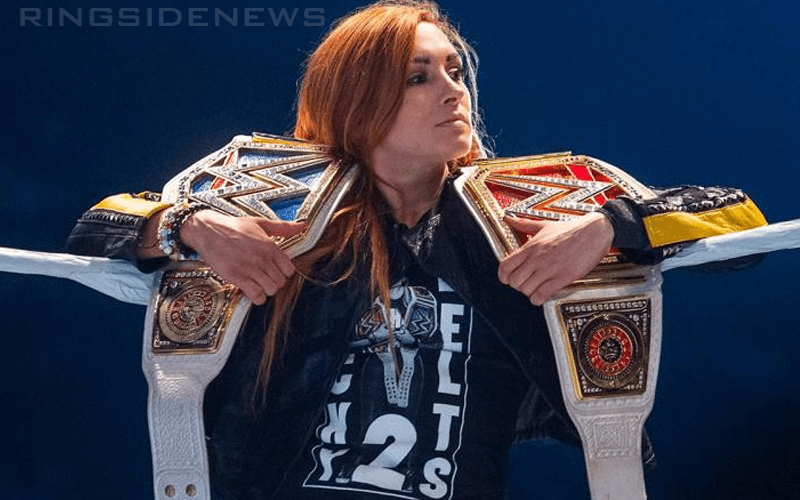 Becky Lynch is no longer Becky Two Belts, but she would obviously like to earn that moniker once again. It would also help her sell a lot more t-shirts on WWE’s Shop that say “Becky Two Belts.”

Bayley is now the SmackDown Women’s Champion and teamed with Becky Lynch this week on SmackDown Live, but they certainly teased that a match could be on the way.

Dave Meltzer noted on Wrestling Observer Radio that Becky Lynch will likely get another chance to gain the SmackDown Women’s Title before everything is said and done.

In case you’re keeping score, the next WWE pay-per-view will be Stomping Grounds on June 23rd. It looks like The Man might get a chance to become Becky Two Belts once again which is interesting especially if she has to defend her RAW Women’s Title on the same night.

If things play out a certain way it could see Becky Lynch losing one title while picking up another to switch brands in the process. However, brand lines really don’t mean what they used to with the Wild Card Rule around.