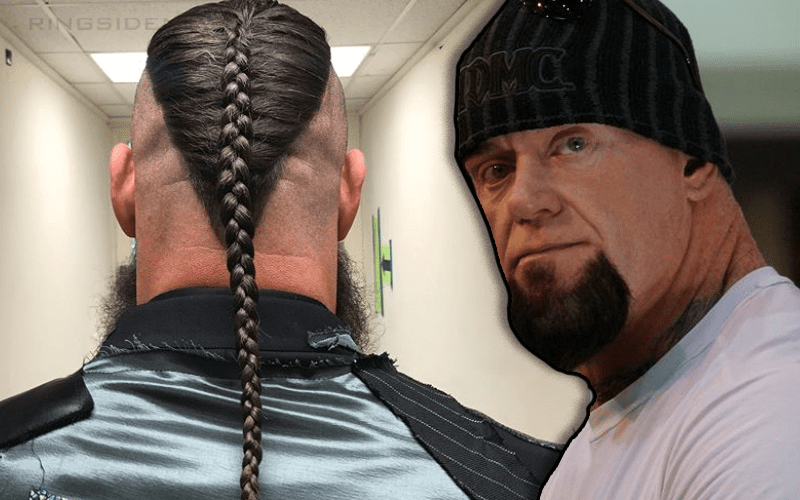 The Undertaker is on social media now which gets interesting when he chimes in on a post. Braun Strowman is trying something new out with his hair, but he had no idea The Dead Man would be around to comment.

Strowman was showing off a huge hair braid he has now on Instagram while asking for thoughts. The Undertaker replied back saying: “You really want my thoughts!?!”

Mojo Rawley replied saying: “On the jacket or the hair” because Strowman was rocking a pretty mean jacket too. However, Strowman has yet to clear up which he was talking about.

If anything, it seems that Naomi was a fan of Braun’s new hair as she replied back saying: “Hair laidt bruh.”

So, what do you think about Braun Strowman’s Monster Among Braids? We’d love to read your comments below.