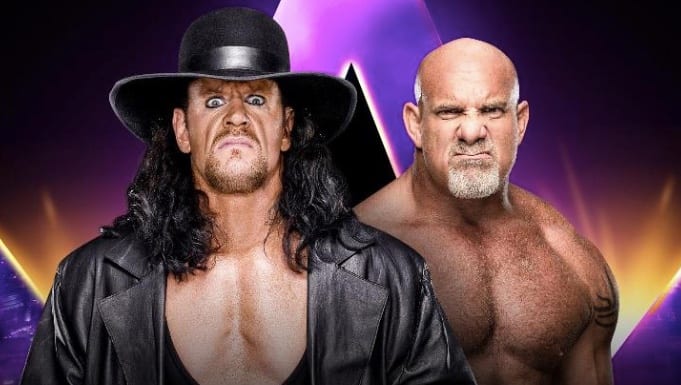 As seen on Sky Bet, the betting odds for Goldberg vs The Undertaker at WWE Super ShowDown have been released.

The reaction to this match between two legends of the business has been mixed, to say the least. WWE’s relationship with Saudi Arabia has been called into question more times than we can count, and throwing legends matches on every card hasn’t exactly helped matters.

In terms of the odds, Taker is currently the favourite to walk away with the victory at 4/6. Goldberg is the underdog but not by a long stretch at 11/10, meaning that it could virtually be a toss-up by the time we get around to the show.

One of the even bigger questions surrounding this match is whether or not either man will return to the ring after this bout is over and done with. Taker seems to pop up here, there and everywhere, but Goldberg has noted just how much it took out of him both physically and mentally when he came back in 2016/17.

Fans probably shouldn’t be expecting an all-time classic between the two men, and they probably won’t even get a match longer than a few minutes. Still, if you’re able to put a pin in the Saudi Arabia part of the story (which is difficult to do) then you might enjoy this.