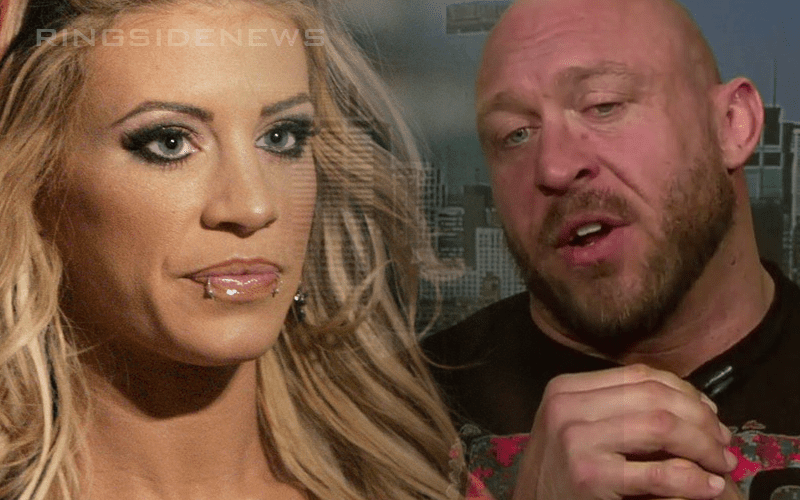 Ashley Massaro left us far too soon. She was only 39-yeas-old when she apparently took her own life by hanging. However, another tragic story involving the 2005 Diva Search winner was about to be revealed.

Massaro was involved in a class-action lawsuit against WWE. In the documentation of that case, Ashley Massaro wrote in an affidavit that she was raped by someone in US Military fatigues when WWE sent herself and a few other Superstars to the Middle East on a “Support The Troops” mission. After her passing, that affidavit was revealed.

You can read the entire heartbreaking story here.

One fan commented on the affidavit that included Ashley Massaro’s sworn first-hand testimony of the events surrounding her rape by saying: “I got sick reading that. Makes a whole different light to the @wwe.” This promoted a response from Ryback.

They have gotten away with murder forever. Reading that pained me because I know she is telling the truth. Life isn’t fair we all have to accept this, but how @wwe treats humans isn’t something we should just accept.


Ryback’s statement was pretty powerful because the former IC Champion said he knows that Massaro was telling the truth in her affidavit.

The story about Ashley Massaro’s rape and Vince McMahon’s alleged cover-up of the situation is troubling on a multitude of levels. Perhaps someday the true story will be told about what happened on that WWE goodwill mission to the Middle East, but at this time all we have are the words of someone who left us far too soon.