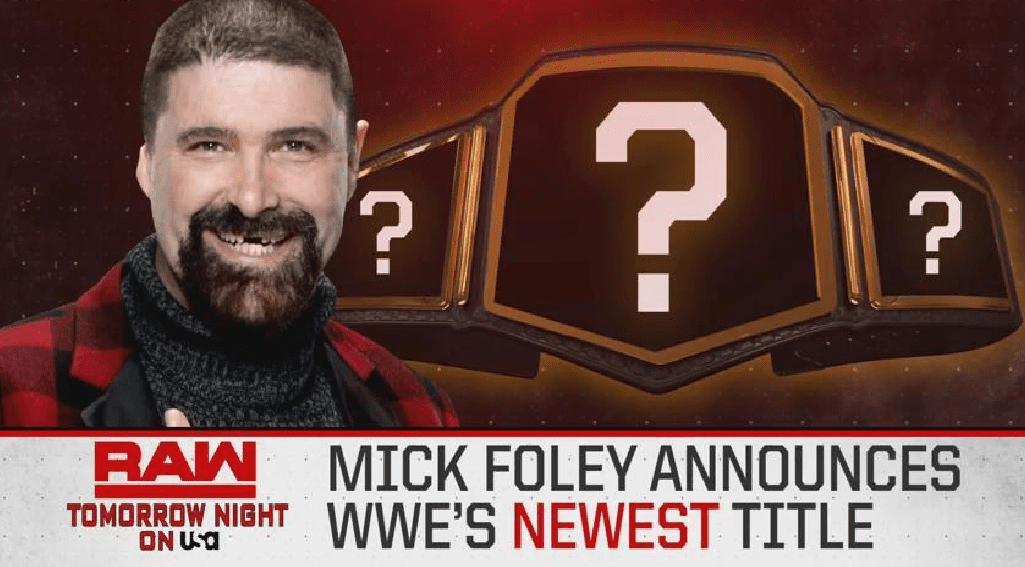 Vince McMahon runs WWE exactly the way he wants it to go and there’s nobody who can change his mind. Therefore, when he comes up with an idea he can run with it no matter who he clues in on the situation.

During Money In The Bank last night it was announced that during Raw tonight fans will get a new title. Mick Foley will be introducing this new title in Albany and that’s all we know for certain.

Bryan Alvarez spoke about this new mystery title in WWE during the Bryan & Vinny Show where he said that nobody seems to know what this new title is. It is presumed that a Hardcore Title could be making a return, but even people in the company don’t seem to know.

“Mick Foley will be announcing a new title [on Raw]. I can tell you this… nobody f*cking knows. Like, apparently nobody knows what this belt is going to be. Now the assumption is that it’s going to be the Hardcore Title like they’ll reintroduce a Hardcore Title because it’s Mick Foley introducing the title here, but literally, during the show, I had people that were asking other people and nobody knew what it was.”

“So I guess Vince decided last night that he was going to do this and they made a graphic and didn’t tell anybody. I’m sure some people know, but right now it’s a mystery what this title will be. I presume it’s Hardcore.”

We will have to tune into Raw to see what Vince McMahon has up his sleeves. With WWE’s rating on a decline they need to try something.

Fans have often said they miss the Hardcore Title, but experts have often thought those days are in the past since WWE is a TV-PG product now. However, it looks like they might be giving it a shot.

We won’t know for sure until an official announcement is made by WWE Hall Of Famer Mick Foley during Raw. Because apparently, not many people were clued in on what this big announcement will be.