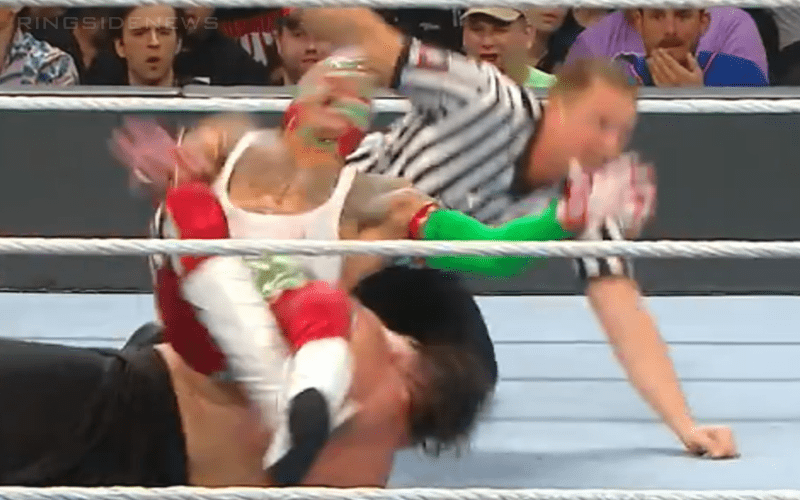 WWE Money In The Bank featured a theme in the first half of the pay-per-view where the referees blew a couple of big calls. It turns out that WWE did this on purpose.

It’s no secret that the referee botched the ending of WrestleMania. The referee involved in counting the final pinfall despite Ronda Rousey’s shoulder being up was fined for that mistake. Now WWE appears to be owning those botches.

Dave Meltzer noted on Wrestling Observer Radio that WWE scripted those referee mistakes into the matches.

“That was the them of the show, that was the second time in a row they did it. They weren’t both screw-ups. No, this was obviously part of the match. That’s why I’m so sure that it wasn’t a screw up because they played off of the idea of that [WrestleMania] screw-up. It was so clear.”

“This was was completely over-doing it [on commentary]. I mean it’s like it’s the way it was mentioned it was very clearly a part of the story of the match.”

We might have some angles involving referees now in WWE. It could be very interesting to see what direction they take at this point, but it might not be a bad idea for referees to get a refresher course in how to officiate matches if they are going to continue with this story.